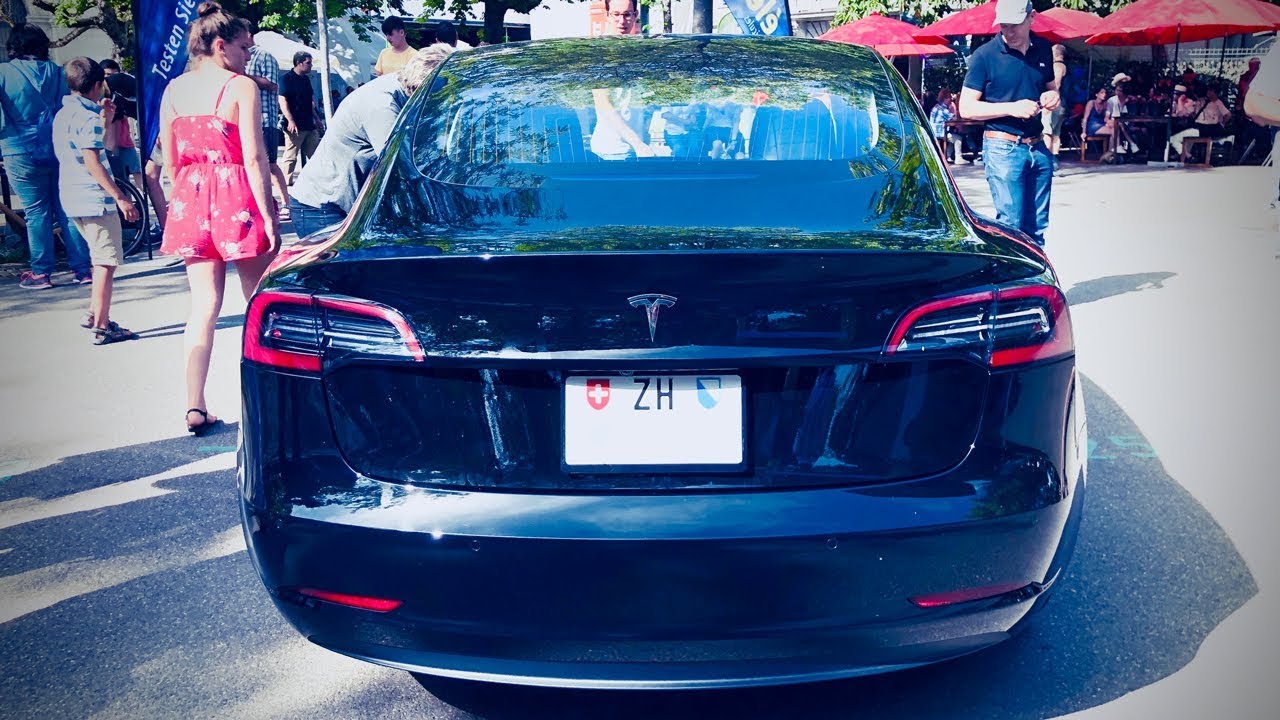 After the pandemic-related disruption, the Swiss plugin market was already up 40% in May, pulling the 2020 growth rate to 21%, by registering 7.657 units, with the PEV share now at 9,7% (5,5% last year), helped by the fact that the overall market is falling 39% this year, with BEVs representing 56% of all plugin sales (52% in May).
After an awful beggining of the year, the Tesla Model 3 returned to the leadership, surpassing the previous leader Renault Zoe, with the sports sedan now having a comfortable 360 units lead over the French EV.

On the PHEV side of the Luxury category, the #6 BMW X5 PHEV is leading the way, proving to be a success for the German maker, and with the Big Beemer now only 94 units behind the #3 Mitsubishi Outlander PHEV, we could even see it steal the Best Selling PHEV award from Mitsubishi's hands.

Last month, there weren't significant position changes, with the big news being the new fresh faces in the table, with the Volvo S/V60 PHEV twins jumping to #13, thanks to a year best 45 registrations, while in #17 we now have the (we can now officially call it) hot Ford Kuga PHEV, that scored a record 77 units performance in May, with a Top 10 position being quite possible for the Ford plugin, which would a first for the Dearborn maker and a good omen for the upcoming Mustang Mach-E (haven't i written this before?).

Outside the Top 20, a reference to the 53 registrations of new Volvo XC40 PHEV, a new record for the popular Swedish SUV, while the ramp-up mode Opel Corsa EV, the second-youth VW e-Up and the new Mercedes GLC300e all share the same number of registrations in May (21 units), being a new record for the first two, and the best score in almost two years for the midzise Mercedes SUV.

Outside the medals position, we have a distant Volvo (7%) leading the followers pack. 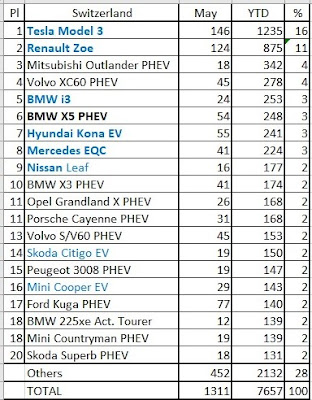