"Because it's all about that BYD, BYD, no Tesla"

Some 32.000 plug-ins were sold last month, which represents a 45% increase regarding the same month last year, which shows that the global EV Market is alive and well, despite a sales slowdown in North America and even a downturn in Japan.

The top position went as usual for the Nissan Leaf, but with only 3.4k units, sales are down regarding April '14 by 12%, its market share is dwindling (Down another point to 14%) and the nearest competitors are getting closer...

...Among them is the BYD Qin, it was #3 last month, only 212 units behind the media-friendly Tesla Model S runner-up, with an incredible records streak that has been happening since its debut, back in December '13, the chinese EV is now entering the more rarified atmosphere of the podium seats, if the records trend continues, it wouldn't be surprising to see the Qin get to the podium and even make an attempt at a Monthly Leader Trophy in the near future.

Moving on, the YTD ranking shows two major changes, with two new attendants in the bottom positions, the chinese Zotye E20 jumped to #9, while the surprising Ford C-Max Energi had its best result ever (1.273 units), returning to the Top 10 after a seven month hiatus.

A final reference to the #7 Renault Zoe, it was #5 last month (1.743 units) and came closer to the #6 VW e-Golf, with less than 200 units separating them, May might see the french car surpass VW's Pride and Joy.

Manufacturers -  BYD Almost #1
With no actual changes in the YTD ranking, the April results showed a stronger than ever BYD, almost outgunning (Only 72 units behind) the perennial leader Nissan.

Considering the success of the Qin and e6, as well as the new models blitz  (Three new PHEV SUV's!) prepared for this year by BYD, it won't be surprising if the chinese carmaker collects a couple of Monthly Best Seller trophies until the end of this year and becomes a strong candidate for #1 in 2016.

Now, all they need is a Gigafactory of their own...

With some 11.500 units, the European EV market had its third best month ever and a 40% improvement over the same month last year.

Looking at the monthly models ranking, there was a surprise in April, with the Renault Zoe topping the chart for the first time this year, ending a three month consecutive lead from the Outlander PHEV, while the Nissan Leaf is back at the three digit area, with the increasingly menacing Audi A3 e-Tron (854 units, third consecutive personal best) now at #6, ready to join the Top 5 Club.

Looking at the YTD ranking, the headlines belong to the Renault Zoe, up two positions to #3, kicking the Model S out of the podium. In a curious note, the Top 4 best selling cars are the same as as last year and by the same order.

In other news, April was a positive month for Porsche, as both the Cayenne and the Panamera Plug-Ins climbed in the ranking, the first is now #12, while the second jumped two positions to #23.

Looking at the brands ranking, there were some significant changes: Volkswagen (17% Share) lost the leadership in favor of Mitsubishi (20%), while Nissan surpassed Renault and is now Third, only two points behind (15%) the german carmaker. Can this mean that VW's blitz early in the year is now fading?

With 329 EV's sold, it was the second-best ever month, doubling the result of twelve months ago and multiplying sixfold the number of sales, if we look back two years, so we can say that EV's are getting hotter in Belgium every passing month.

Looking at the models ranking, there was yet another leadership change in the YTD ranking (This year nobody could hold the leadership in two straight months), with the Porsche Cayenne Plug-In registering a new personal best (59 sales) and removing the Tesla Model S (Only 14 units, worst result of the year) from #1, while the #3 BMW i3 also improved its personal best, selling 59 units last month.

Next is another member of the Royalty, the Volvo V60 Plug-In holds on to #4, a bit below it, the Golf GTE rises to #8, all while at the bottom of the ranking the Merc 350e lands, a car that might have a word to say in this Knokke-Heist Premium oriented market. 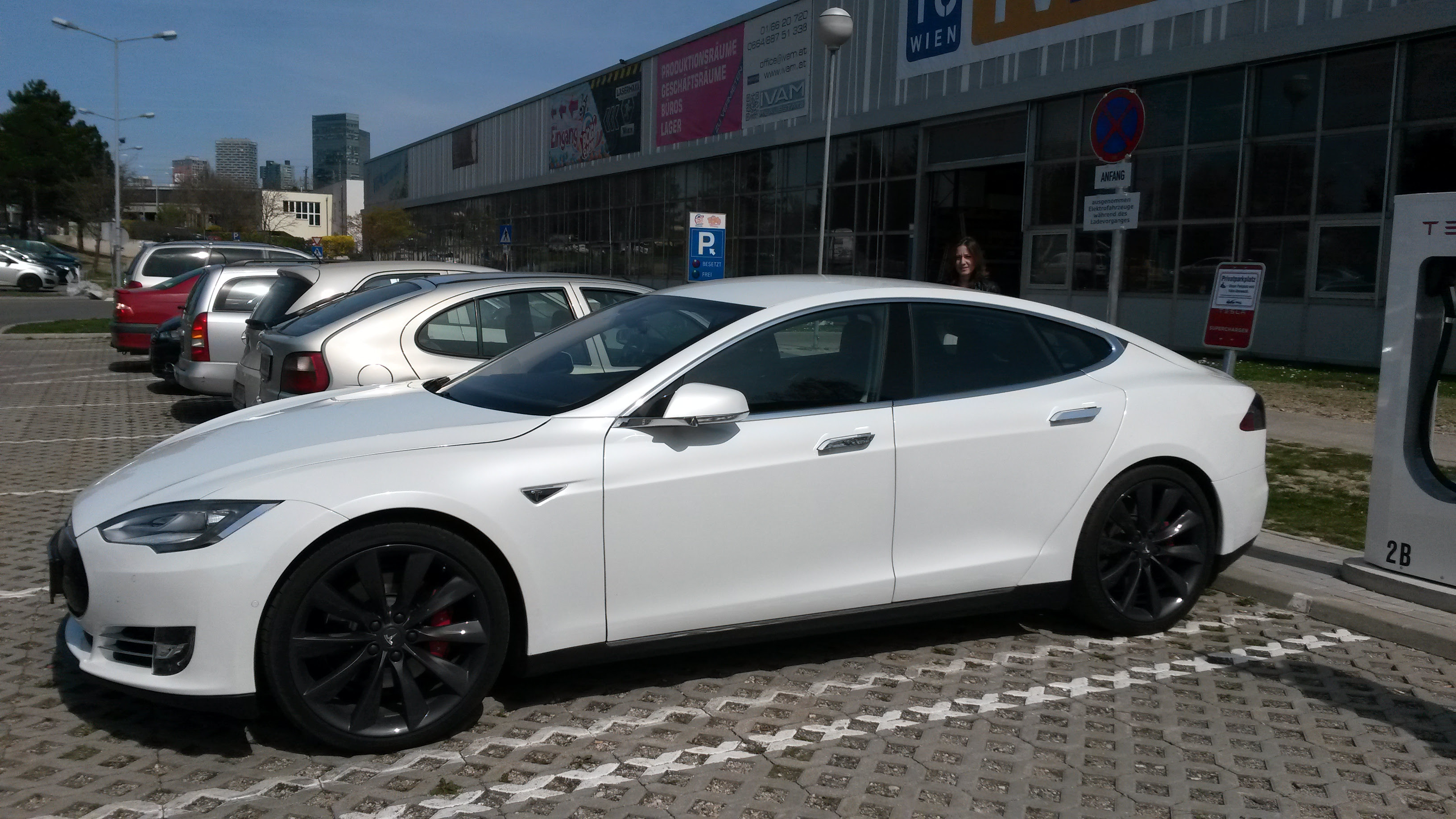 Only BEV's are available for the moment, but nevertheless, they are enough to put the Austrian EV market ahead of last year (507 vs 501 in '14, with BEV and PHEV combined), so this is another market set for growth this year.

The Renault Zoe was the Fourth Monthly Best Seller of the year (The previous were e-Golf, i3 and Leaf), but last years leader is now only #4, one unit behind the #3 e-Golf and not far away from the top two, Leaf and Model S, which are also separated by the minimum margin, so a lot can still happen here.

Looking at the manufacturers ranking, the top spots are also pretty balanced, with Nissan in the lead (21%), followed closely by Tesla (19%) and VW (Also 19%). 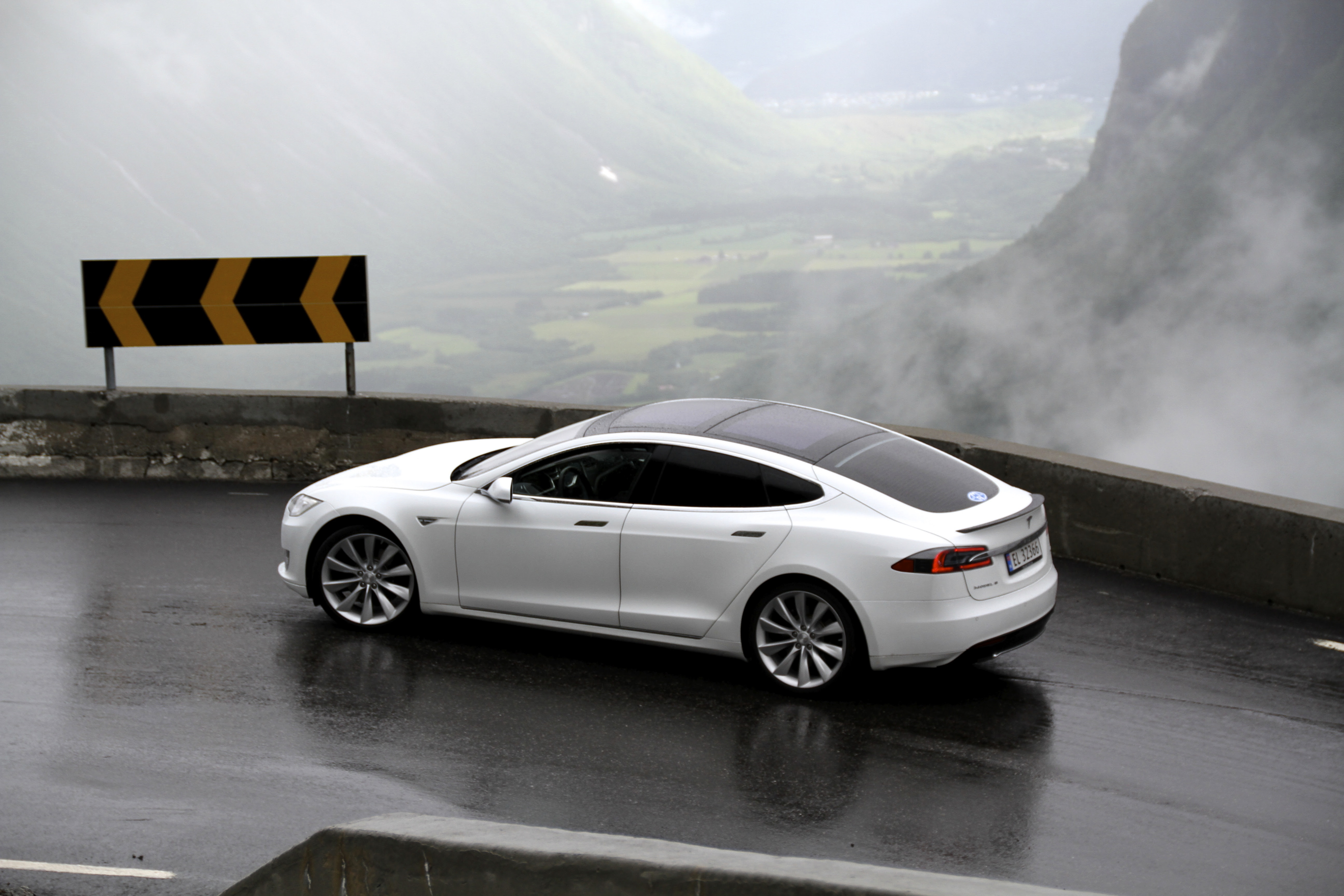 The Tesla Model S continues to impress, thanks to 117 registrations last month, being the fourth time that this model reaches three digits in one month, something that the competition is yet to experience.

The BMW i3 had a brilliant result, selling 66 units, fueling it up two positions to #2, leaving the working class hero Renault Zoe in #3, while the Nissan Leaf is now #5, thanks to a record month (51 registrations).


"All About That BYD" Edition

After an historic month in March, the Chinese EV sales fell some 2.000 units regarding the previous month to 9.000 units, which is still the third best month ever and a whole lot more than the 3.800 registrations made a year ago, so the market continues on record pace and the EV Share is above 0.4%.

Looking at the models ranking, while most models sales declined regarding March, the #1 BYD Qin just keeps on going in its never-ending record spree (Now at 2.625 units) that has been happening every month since its introduction in December '13!

One might say that achieving those numbers in a market as large as China is easy, but remember, if the Qin was only #157 in the General Ranking, the best selling EV in the US last month (Model S) was #158!

The good news for BYD didn't ended there, with the veteran e6 (With improved range soon), performing a year best, by selling 890 units and securing the Bronze Medal in the Monthly Ranking, behing the much cheaper Zotye E20, while rising at the same time three positions in the YTD ranking, to #5.

There were also other moves in the ranking, the Zotye E20 climbed to #2, the Chery QQ EV recovered a bit of protagonism, recovering to #4, all while JAC had its best month in two years(!), selling 584 units and joining the Top 10 at the same time.

With the Qin and e6 running at full speed, BYD doesn't even need to promote the Denza bastard or rush the Tang landing, as it continues to rule the market, with 37% Share, well ahead of the #2 Zotye, with 17%, and #3 Chery, with 11%.