2016, also known as  Year Six of the Modern Age of Electric Cars is about to end, so i took the time to review some of the most important facts this year:


The EV Future will be bright (But it's not here yet)

If there is a phrase that sums up the general feeling in the Plug-in scene in 2016, it's the one above, starting with the production-spec Chevrolet Bolt Detroit presentation in January, the Tesla Model 3 earthquake in March, 31st, and ending with several announcements of long range EV's throughout the year, the fact is that buyers had a taste of the Second Generation EV's, but all they could buy during 2016 were First Generation BEV's / PHEV's and a couple of 1.5G models (Chevrolet Volt II, Hyundai Ioniq Electric), which lead to a Osborne effect in many western markets, with buyers preferring to wait for the upcoming models, leading to a drop in sales of First Generation electric cars.


BYD Remained Number One (But failed to amaze us)

After watching BYD sales surge three-fold and reaching the Best Selling plug-in manufacturer status in 2015, one would think that sales would at least double in 2016, but this wasn't the case, with around 100.000 units sold this year, or 64% growth, it felt like when Messi won the Pichichi Trophy with 45 goals, yes it was impressive, but the previous year he had scored 50...

Having won seven Monthly Best Seller Trophies (January, April, May, June, July, August, October), and with a 30.000 units lead over the Second Placed Tesla, the Best Selling Manufacturer trophy is more than deserved, but this was more due to regularity (Five consecutive months at 10.000-something) than outlandish results, with the two most impressive results of the year going to Tesla (13.394 units last September) and Zotye (12.318 in October). Using the Messi analogy, it was like despite the 45 goals, not once did the Argentinean player scored a poker during the whole season.

The model diversification (Tang, e5, etc) occurred in 2015, didn't followed in 2016, with only the BYD Qin EV300 reinforcing the lineup, while the Song and Yuan Crossovers and the T3 Van remained in the sideline.

Will they appear in 2017? They'd better do, as 2017 in the Chinese EV Market will be even more fierce, with foreign carmakers forced to join the local EV party and on a global level, there will be other OEM's (Tesla, BMW, BAIC) targeting 100k or more EV's for 2017.

Even mentioning EV Share, China is making giant steps, their plug-in share is now at 1.4%, an important improvement over the 0.9% of 2015 and already above markets like the USA or Europe, both close to 1%.

If BYD and BAIC are frequently mentioned here, others are also contributing for this unstoppable wave, like Zotye (#6 in the global manufacturers ranking), SAIC Roewe (#12), Zhidou (#13) or Chery (#15).

Expect for 2017 to reinforce this trend, maybe with five Chinese models in the Top 10? 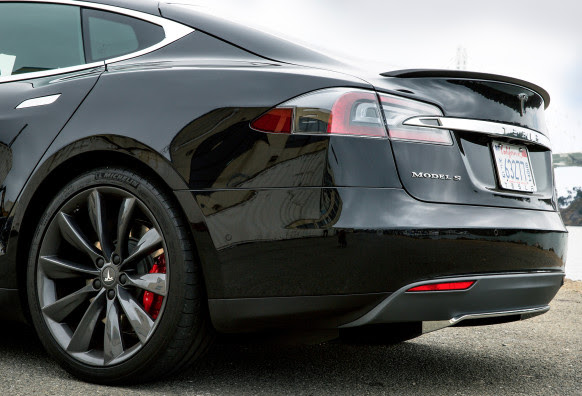 I'm Too Sexy (To Surf the Wave)

Sometimes Tesla behavior reminds that of a certain Right Said Fred hit, with a near cult-like following from its fans and a Model 3 success that surpassed Elon's wildest dreams, it would be more than enough to keep every other OEM happy and they would just surf the wave and prepare for the Model 3 goldmine.

Not Tesla. During 2016, they did a Model S facelift (Ok, they had to do something about that nose), improved their P90D/90D versions, replaced the 70 version for the 60/75 units, which together with the QA issues of the Model X, created unnecessary production constraints in Q1 & Q2.

As the year progressed and the Q3 was turning out to be memorable, they thought: "This is becoming boring, we haven't presented anything awesome in the past couple of months, so what can we do? I know, the P90D is passé, let's do the P100D! And add the Second Gen. Autopilot!"

With another two jaw-dropping additions, they managed to increase even further their sexyness-awesomeness, with the minor detail of screwing up the production plan of Q4...

With all this, the new Power packs and all the rest that's going on (Gigafactory, Model 3 tooling...), being COO of Tesla must be one of the toughest jobs on Earth.

Then again, Tesla has to keep their cult followers happy, right?

BMW steps up from other German Automakers

Following on the Volkswagen Dieselgate and Tesla's increasingly larger appetite for premium customers, German automakers joined the EV bandwagon with both feet, announcing big plans for the future, but the fact is that in 2016, only BMW made the necessary step-up.

In the BMW i-line models, the i3 model finally received a decent battery, with 33kWh, pulling sales to record levels and making it the cornerstone of its plug-in strategy.

The German automaker also launched the 740e plug-in hybrid, which was an instant hit in its class, helping BMW to have the most extensive plug-in lineup of all, while all other PHEV's were also beating sales records, which allowed it to become the Third Best Selling Plug-in maker in 2016, the first among established OEMs;

German automakers global share remained stable at 19%, with BMW (8% Share) surpassing Volkswagen (5%) as the major Teutonic EV maker, with Mercedes in Third, with 2% share, Audi in Fourth (2%), followed by Porsche (1%) and Smart (0%), with BMW being the only brand to win share (+2%) regarding last year.

Growth Is All Around

Despite the general positive trend, there were some slowing markets this year, with the largest being Japan, that for the second consecutive year is falling significantly, with its current market share (0.45%) far from the 2014 peak, when it was flirting (0.98%) with the 1% barrier.

Other two markets dropping significantly regarding 2015 are the Netherlands (3.4% vs 9.3%) and Denmark (0.6% vs 2.3%), but in these cases the culprit is easy to identify, as fiscal changes made EV's less appealing to local buyers.

Also of importance is the dissemination of plug-ins into countries not associated with EV's, like Malaysia (Some 106 units), UAE (283 sales), Sri Lanka (993 units!) or Ecuador (20 Twizzies).