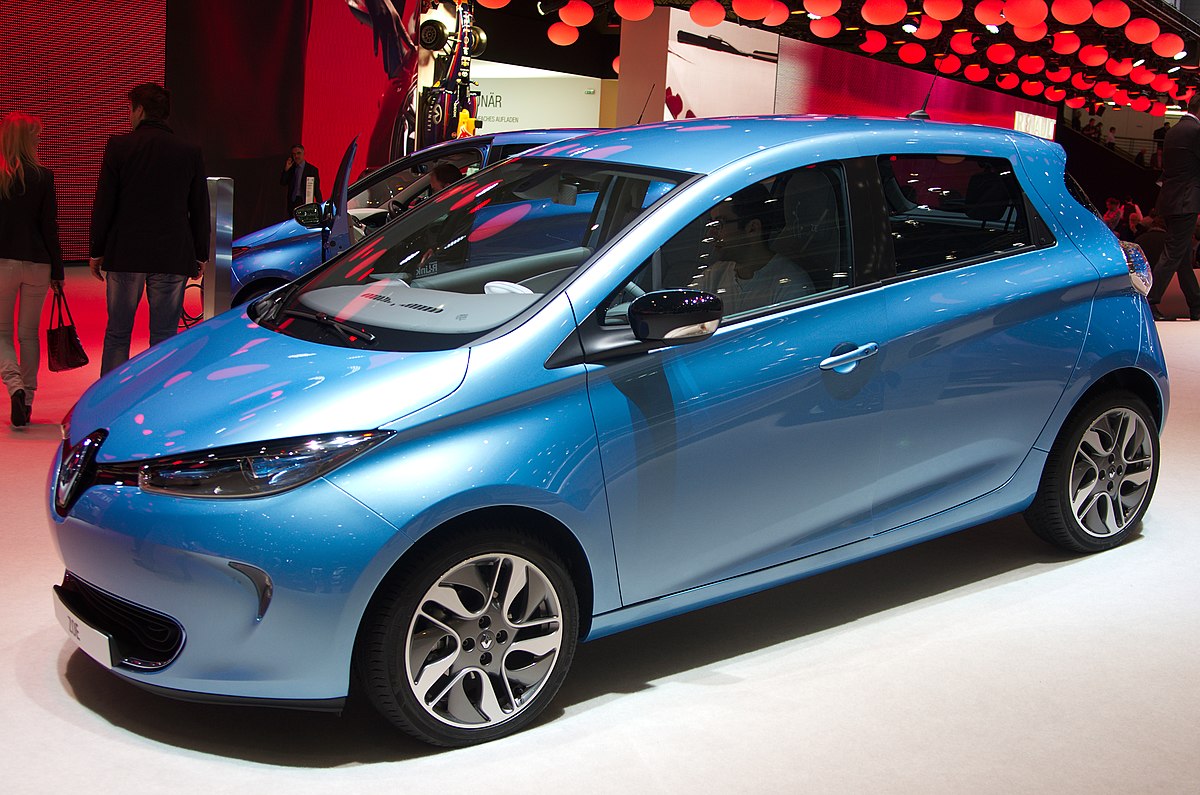 
The Renault Zoe remains Master in Command, the Nissan Leaf is proving to be quite resilient and Teslas had their usual last-month-of-the-quarter peak.

#1 Renault Zoe – “There’s no Replacement for Range” is the mantra for EV’s, and the Zoe performance proves it, thanks to the new ZE 40 version, last month the French hatchback reached 3.762 units, a new record for the stylish model, winning Europe’s Best Seller status in all three months of 2017. With best ever performances across Europe, like in its home market (1.980 units), Germany (587) or Sweden (93), it also landed in markets outside its comfort zone, like Finland and Iceland.

#2 Nissan Leaf – Thanks to some deep discounts, the six-year-old hatch has resisted the newer offerings, with registrations down only 3% YoY to 3.188 units. With steady sales in its stronghold markets, like Norway, the United Kingdom or France, and surprising performances elsewhere, like the 152 units in the Netherlands, 185 in Sweden and a record(!) 124 registrations in Belgium, the veteran model is keeping momentum by appealing to a new demographic, still untapped by EV’s: Bargain Hunters.

#3 Mitsubishi Outlander PHEV – After a tight race with the Nissan Leaf, the Japanese SUV ended March in Third Place, with 3.129 units, its best performance in over two years. Although growing in important markets, like Germany (358 units, a new record), Mitsubishi will have a hard time to find a replacement for all the United Kingdom sales, as from now on incentives for PHEV’s will became much less appealing there. Was March the Outlander Swan Song? It seems like it.

#4 Tesla Model S – Tesla had its best month ever in Europe last March, with over 4.000 units being delivered, and despite dropping 18% YoY, the Model S managed to be the best-selling Tesla, with 2.060 units, its best performance since the arrival of its Model X sibling, with good numbers especially in Germany, with 457 units, a new record and making it the #1 market in Europe(!), but also in Norway (297), Switzerland (236) or the Netherlands (228). Looking ahead, expect deliveries to drop in April and another possible Top 5 appearance next June.

#5 Tesla Model X – The (not so) surprise of the month, Tesla’s SUV is finally finding its place in the market, reaching #5 in March, with 2.016 units, a new European record for the fancy SUV, with the result inflated by Norway (446 units), but with good results across the Continent, as deliveries of the Model X were on par or better than its older brother, the Model S, like it was the case of Belgium (112 Model X vs 111 Model S), along with a record performance (213 deliveries) in the all-important German market. With PHEV incentives becoming less generous as time passes by, expect many barge-SUV-tax-dodging buyers to drop their X5’s and XC90 in favor of Tesla’s SUV in the near future.


Looking at the YTD ranking, this month there were several significant changes, with the BMW i3 dropping two positions to Fourth, to the benefit of the Nissan Leaf, now in Second Place, followed by the Mitsubishi Outlander PHEV.


Outside the podium, both Teslas had a positive month, with the Model S climbing one position to #5 and the Model X jumping six places to #7, while other climbers were the Audi A3 e-Tron, up two positions to #13 (They can thank the domestic market for that), while the Hyundai Ioniq Electric, Audi Q7 e-Tron and Nissan e-NV200 / Evalia all climbed one position due to the three position drop of the VW Golf GTE (245 units, worst result in 29 months), desperately waiting for the restyled version to arrive.


Underlining the positive momentum that pure electric cars are having, BEV’s represent once again the majority of sales in Europe, growing 10% in share from the 44% of last year to the current 54%. And that’s still without the Opel Ampera-e (Chevrolet Bolt in European language) and the new VW e-Golf, certainly two major players for the remainder of the year.


Looking at the manufacturers ranking, BMW (17%, down 2%) is seated on the Top Spot, followed by Renault (14%, down 2%) in Second Place, while February Third Placed Volkswagen (8%, down 4%) was surpassed not by one automaker, not by two, but by three(!), as Nissan, Mercedes and Tesla (All with 10% share) all surpassed the almighty VW. Time to produce those restyled Golf plug-ins at full speed…