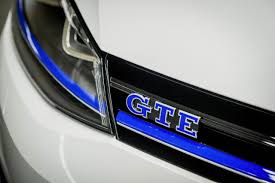 Thanks to a new article on RAC Foundation, i can now post a ranking regarding UK's First Half of the Year sales.

An amazing 13.000 plug-ins were sold in the first half of the year in the UK, trouncing the 4.000-something of the same period last year, and is less than a thousand units away from breaking the record result set last year, like, in the whole of 2014!

Looking at the models ranking, the top two continue miles ahead of the competition, together own two thirds of the market (49% for Mitsu's SUV, 18% for the Leaf), with the BMW i3 still in Third, but it has been assisting to a sales slowdown, which might have to do with a couple of new models, like the #6 Audi A3 e.Tron and its sporty cousin, the #7 VW Golf GTE, two cars that have everything to succeed in the Old Albion.

In this more detailed ranking, a reference for the good performance of the Mercedes models: The S500e plug-in hybrid is #10 with 124 units, the Mercedes B-Class ED is now #15 and looking to reach a Top 10 place until year end, and finally the C350e plug-in hybrid has just landed to register its first 19 units.