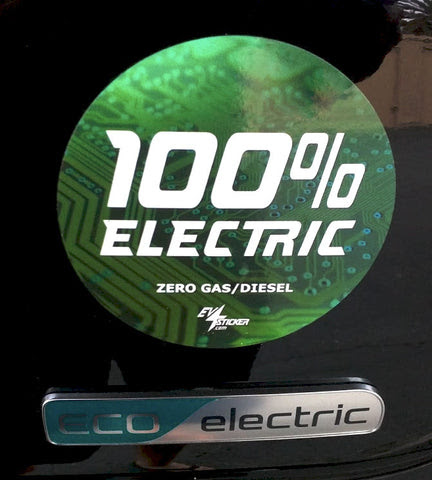 "Is it possible to go 100% Electric?" - It was a question i made myself a few months back, as i wandered of the feasibility of that endeavor, having one electric car is easy, when you have a gas/diesel vehicle as a second choice for longer trips, but what about going all electric?

To get the answer, i have started to register my family daily trips, based on the assumption that we would have a smaller car, for commutes and other short distances, in this case the car chosen would be a Renault Zoe, while for longer distances, the choice would necessarily be a larger car, with a longer range (Think Chevrolet Bolt, Leaf II), with the hypothetical choice being the Tesla Model 3.

To keep things safe in terms of range and usability, despite the Zoe having a 240 kms NEDC range, we would only consider it as having 120 kms range and the Model 3 some 250 kms, that way we would always would have a significant amount of extra-range for unexpected situations.

All trips were classified in one of four categories:

The first two were considered suitable for both cars, while the larger ones were only considered fit for the Model 3.

Having registered the daily trips of our current ICE cars (One city car, other suited for longer trips) over a period of little more than three months, these were some conclusions we came to have:

- 81% of the trips were commutes, usually going to work, groceries, or other small trips around the neighborhood;

- 19% were small trips, usually going to traffic-congested Lisbon or other places where it would be hard to get easy parking;

The conclusion is the surprisingly high number of commutes, which is where the electric car feels most at ease, with no trips beyond 120 kms being made and no need for charging on the road.

Is it possible to have an EV as a city car? YES, for my needs it is more than enough.

- 22% of the travelling with the larger car were commutes, 48% were small trips, 22% average trips and only 9% were long trips;

With more diversified type of travelling, the Model 3 has a more challenging role to play, if commutes and small trips are nothing to scare a 250 kms range car, for average trips (121 - 250 kms), you have to make some calculations on the actual kilometers you will make on the trip and if there is fast charging along the road, Just in Case.

The most challenging part of the equation are the longer, over 250 kms, travels.

We have made three and here are their (short) stories:

1 - Touring inland during one day, with 512 kms made. The first leg took 247 kms, mostly made on highway or mountain roads, at this stage the Model 3 would presumably be close to running empty of juice, but nothing to fear as there was a EVSE close and while we were touring the town, the car would have time to recharge just enough range to get into the Chademo Charger (Within a service station), little less than 100 kms away in the returning trip. Having reached the Chademo charger, we then would have to wait 45 minutes to an hour for the car battery to fill up (Or close), driving the remaining trip home without any range-anxiety. Unnecessary stops: One, at the Chademo charger/service station.

2 - Visiting Folks and family, 260 kms made. With the folks house some 230 kms away, that would't count as long-range-endangering-trip, but with other stops projected in the same day and part of the trip made on the highway, it could be a close call. Time to be resourceful then. While we were having lunch and putting conversation in place, the Model 3 would also have time to recover some juice in the domestic socket of my parents garage, enough to give those 20-30 kms needed for the next stops. Unnecessary stops: None, just needed to ask for a plug while the car was resting.

3 - Touring North, 321 kms made in day one. With a Chademo Charger (In the same service station as in 1) somewhere in the middle of the trip, we stopped to fill up the car during some 45 minutes, doing the rest of the travelling without range concerns. Unnecessary stops: One, at the Chademo charger/service station.

Summarizing, 89% of all trips could have been done by an electric car like the Renault Zoe without a sweat, with that percentage growing to 97% with the Tesla Model 3.

Of the remaining 3%, they were also feasible, but they would involve charging outside your home and depend on Fast Charging and the waiting periods that come with them. Many people, like myself, would see it as minor inconveniences, but for others it would be a deal breaker.

A small note, during this period, i have realized that the two electric cars, one household type of families, might have a constraint: There will be times when both cars need overnight charging and if you usually only have one garage place and the other stays out, it could become tricky to charge both at the same time...
Published by José Pontes at July 10, 2016