Hyundai ix35/Tucson FCEV - Numbers of the Korean Fuel Cell dropped regarding 2015, with 160 units being registered in 2016, versus 213 in the previous year. A discontinued model in its ICE form, don't expect much from this one in 2017. 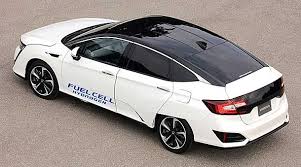 Honda Clarity FCEV - 113 units were registered in its landing year, with 2017 looking to reach some 2.000 units by year end. But the interesting thing with this model is that later on, it will be the first model to be available as FCEV, PHEV and BEV. It will be up to the consumer to decide what to pick, a similar experience is being done by Hyundai with the Ioniq and guess what buyers are preferring...
Published by José Pontes at February 02, 2017