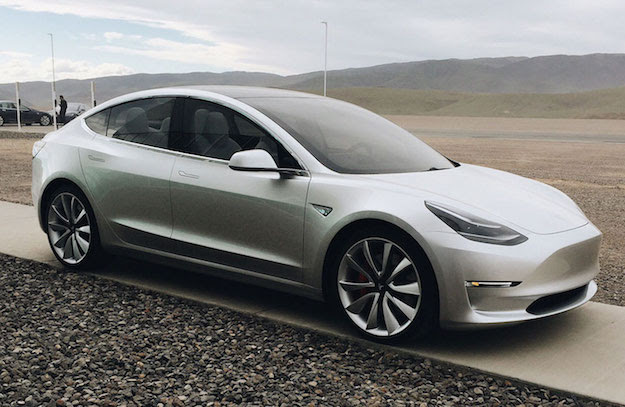 A lot has been said about Tesla, the american brand in the recent past has helped to change people's minds over electric cars, from slow-mobiles, a bit dorkey & nerdy, to become the ultimate cool, a bit like "Tesla might not be the most popular kid in the Automotive High school, but it is coolest".

Most recently it was in the mainstream media with its Model 3 and the disruptive force it promises to be (Could it be the first EV to beat the c*** out of mainstream ICE cars?), but with it came a Million Dollar Question: "Can Tesla handle it?"

There weren't that many launches from Tesla to evaluate future behaviors, but looking at the Model S (The Roadster doesn't count here, as it was at whole different scale and the Model X is still reaching cruise speed), the Model S went like this:

We can see a limited number of units in the initial year, with the numbers jumping in the first full production year to 22.200 units, then increasing 40% in the second full year and 60% into the third year, with the market expansion taking place over the years, with the peculiar fact that production seems to be always behind demand levels...Something made on purpose?

In the Model 3, Tesla will have the advantage of having already an oiled production and delivery system, with numbers probably reaching 150k units Model S/X in 2017, but by that time the reservations will be so huge  (600k? 700k?), that the ramp up has to be steep in order to satisfy such high level of demand, so my take on the Model 3 Production levels are:

Assuming that only half of the reservations transform into actual deliveries (I think it will be higher than that), someone that makes a reservation today, April 29th, will receive its Model 3 around...The second semester of 2019. It will be a looong wait...

Something of a Unsung Hero in the EV Scene, the progression of the chinese brand has been nothing short of spectacular in the last years:

And the sales targets set for the next years are also worthy of awe:

One would think that these growth rates would be impossible to achieve only with the chinese market and BYD would finally start to export in significant numbers, but in the end, i believe the EV market in China will grow so fast that it will absorb all of the BYD plug-in production and frustrate their own export plans, let's look at the last numbers of the chinese EV Market:

Extraordinary growth rates, right? Now considering that the market only doubles in the next few years...

Considering that BYD has had historically at least 30% of the Chinese EV market all to itself, it won't be difficult for the chinese brand to see its production almost all absorbed by its domestic market, leaving little for export plans.

That is unless BYD decides to go all Tesla and make their customers wait several months for their car...