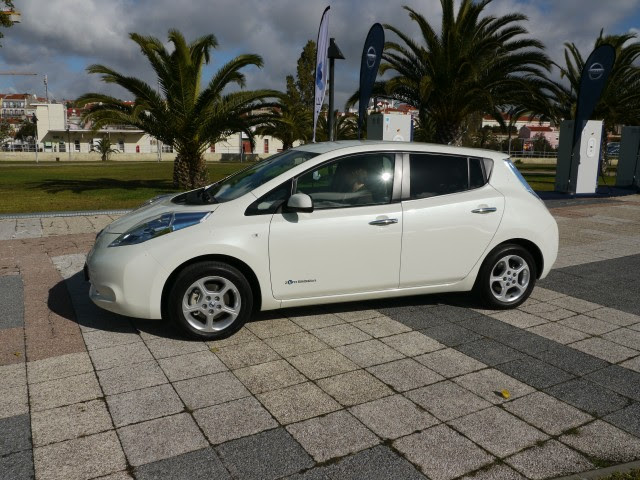 Nissan Leaf Back To #1


EV Sales continue with a fast pace, with 188 registrations last month, a 111% increase YoY, placing the EV Share at 0.77%, with BEV's reversing in March the most recent supremacy of plug-in hybrids.

This change is visible in the ranking, with all-electric models climbing positions, most notably the Nissan Leaf, that jumped from Third to the First position, thanks to a record 48 units performance, this is the first time in eight months that the japanese hatch leads the YTD ranking, a curious fact on the Leaf, is that despite being the most common plug-in model in this market, 2011 marked the last time it won the Best Seller trophy...Will 2016 finally be the year that consecrates Nissan's hatch as Best-Selling EV?

Other all-electric vehicle to climb is the Renault Zoe, now in #9, but still far from the Fourth Position claimed last year, while the almost all-electric BMW i3 managed to climb one position to Fourth, with the mix between versions of the german hot-hatch is now favorable to the pure-electric version, something that didn't happened in previous years.

With springtime coming, the Renault Twizy reappeared in the ranking, ready to serve rentals in some tourist-friendly areas.

There is a newcomer, the VW Passat GTE landed with its first two registrations, looking to replicate the success that Mercedes is experiencing with its C350e in the market.

In the manufacturers ranking, the race is even closer than in the models, with Nissan and Mercedes tied in First Place, both with 92 units, while Mitsubishi is not that far, only 12 units behind, so this is currently one of the most entertaining markets to watch.

If we combine regular hybrid sales with plug-ins, the two Toyota Best Sellers, the Auris Hybrid (#1) and the smaller brother Yaris Hybrid (#2), continue to rule the ranking, but this month the Nissan Leaf managed to overcome the Mercedes C300 diesel hybrid, in the race for the Third Spot.

In Fifth we have another plug-in, the BMW i3, only one unit behind the Mercedes, so with exception of the top two (For now...), it seems that plug-ins are overcoming regular hybrids in Portugal too.
Published by José Pontes at April 24, 2016