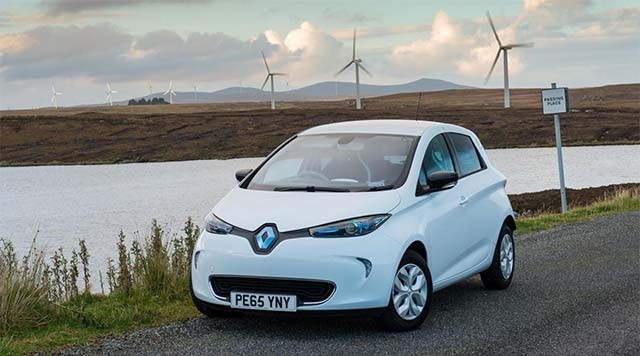 
Sales were up a timid 9% YoY, to 2.418 units, with the EV Share steady at 0.74%, which could be explained by the fact that many consumers are waiting for the incentives policy to be finally changed, maybe then the market share finally can reach the symbolic 1% barrier.

Looking at the Monthly models ranking, in March we had an all-electric podium, with three BEV's in the highest places of the ranking, with the particular fact that the Tesla Model S has reached a new sales record in Germany, with 267 units, enough to beat the BMW 6-Series (All variants included) by 40 units, with the Mercedes CLS (344 units) and Audi A7 (337) not very far in the Sports-Sedan-Thingy race, if the american car should beat them in their home soil, it should signal it as (another) Alarm call to German Premium brands that Tesla is eating their cake...

Looking at the YTD ranking, if the Renault Zoe managed to keep the leadership (No small feat in this EV market), the Nissan Leaf took the Second Place from the hands of the VW Golf GTE, which dropped to Fourth.

The Tesla Model S jumped four positions to #6, while the VW Passat GTE climbed one position to #8 and the Volvo XC90 PHEV climbed two positions to #10.