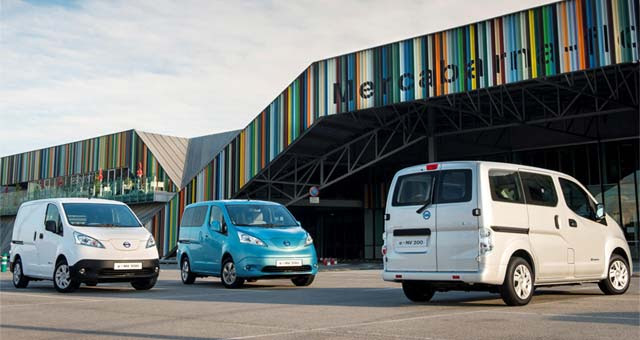 Golf GTE lands in the Midst of a LCV Craze

This time we start the monthly roundup with Spain, with 346 units (A new record) sold last month, sales were up 41% regarding the same period last year, with the EV Share up to 0,19%, it is now closer to the 0,23% recorded last year.

In a small volume market like this, usually fleet deals have a big part on the shaping on the ranking and that's i thought happened when suddenly, three out of the four LCV's present (Kangoo ZE, Partner EV, Porter EV) registered record performances, with the french van not only leading this sudden rise, but it ended leading the July ranking with 63 units, a new monthly record for LCV's and the first time that a commercial van reached #1.

Oh, and despite not beating their personal sales record, the Nissan e-NV200 was #3 in July with 29 units, making it two vans in July's podium, something unheard of until now.

Surprisingly, according to Renault Spain, only 30% of the Kangoo ZE registration were fleet sales, so this must have more to do with the recovery of the local economy (The general auto market growth rate is in the two digits), than fleet sales, so all in all, good news for Spain and also for their EV Market, this looks to be the year that yearly sales finally reaches the 2.000 units.


Outside LCV's, great result for the Golf GTE (34 units) in its first real sales month, allowing it to jump to #11, making it already the best selling plug-in VW.

The Renault Zoe had its best performance of the year, registering 27 units, considering that Renault has a 100-plus waiting list for the R240 version, it won't be surprising if the french sales rises a few notches in the next months.

Another impressive performance from the Audi A3, selling 21 units last month (A new record), promising other strong results in the near future.

On the manufacturers ranking, Nissan continues to lead (It has 29% Share), followed by Renault (22%), and Mitsubishi (13%). After three consecutive titles from Renault, it looks that Nissan is poised to finally win its first Best Selling Manufacturer title in Spain. The fact that the e-NV200 / Evalia are being assembled in Barcelona might have something to do with it....