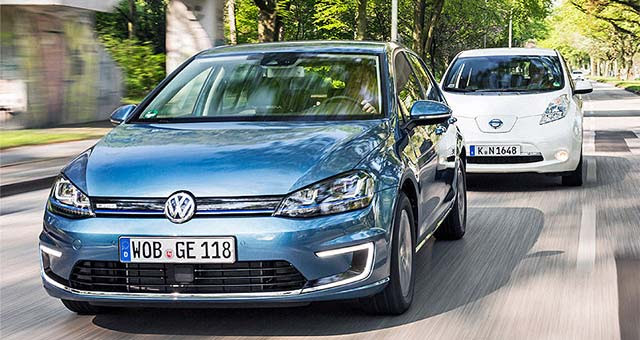 Some 3.100 units were sold last month, twice as much as the same month last year, with the EV Share rising to 22.84%, a significant departure from the 14% recorded last year.

Here are the main news in the Top 5 Monthly ranking:

- The Volkswagen e-Golf is back with a vengeance, scoring its best result since last March, probably a sign that VW is now more willing to sell their pure electrics. The e-Golf was once again the Best Selling model in the general ranking;

- The Mitsu Outlander PHEV has beaten its norwegian sales record, with 497 units, being the Best Selling SUV in November. With plug-ins now having a more attractive legislation, expect this models to become a regular on the monthly podium;

- Third Placed BMW i3 continues to sell rather nicely, scoring 293 sales, allowing it to be #8 in the general ranking and #2 in their class, only behind the Toyota Yaris;

- As for the Tesla Model S, the 225 units sold are a relatively weak result, up only 11% YoY, either Tesla is letting sales "starve" in November to deliver a headlining result in December, or consumers are already waiting for the long desired Model X...

Looking at the YTD ranking, the BMW i3 recovered another position, replacing the VW Golf GTE in #5, making it the best position for the german hatch since March, but the good news for BMW didn't stopped there, as the X5 PHEV is now the Best Selling Luxury SUV, after surpassing the Porsche Cayenne Plug-In.

Looking at the manufacturers ranking, Volkswagen in comfortably ahead, with 37% share, followed by Tesla and Nissan, both with 12% share, but the all-electric manufacturer leads by 16 units (3.666 units vs 3.650).