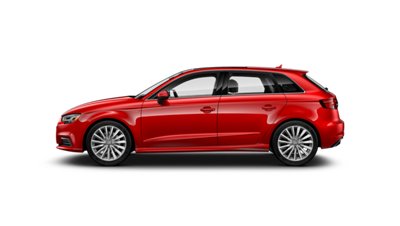 The EV Fever has caught on in Germany, with yet another record month, 5.255 plug-in passenger cars were registered last month, a 70% increase YoY, with the YTD PEV share at a record 1.4%.

Looking at September Best Selling models, the country's Good Son VW e-Golf has finally hit the leadership, thanks to 494 deliveries, a new personal best, a number that can only go up, as it is said the VW electric bread and butter model is said to have a six months waiting list.


Another model in High Voltage is the BMW 225xe Active Tourer, reaching the runner-up status, with the Bavarian scoring a new personal record, with 475 deliveries, last month.


For once, the YTD ranking didn't had much movement at the top, with the most relevant change being the VW e-Golf climbing to #8, changing places with its Passat GTE sibling, a move that speaks volumes on where the car maker is heading (Less PHEVs, more BEVs).

But below the Top 10 action there was plenty to talk about, the VW Golf GTE is now #11, while the Smart Fortwo ED jumped to #14, thanks to 227 deliveries, and its (slightly) larger sibling, the Forfour ED, was up two places, now in #26.

Speaking of recently landed models, the Mini Countryman PHEV joined the ranking, in #27.

In the manufacturers ranking, BMW (21%) is in the lead, with Volkswagen (13%) in Second Place, all while Mercedes and Audi (Both with 11%) are running with Renault (10%) for the last place in the podium.

A final mention to the DHL Streetscooter Work van performance last month, that with 827 registrations, not only shattered to tiny pieces the model previous best (380 units last January), but is now the new all-time monthly high for a plug-in van, now leading the 2017 Europe's LCV plug-in market, with over 2.700 deliveries, ahead of the Nissan e-NV200 and Renault Kangoo ZE usual best sellers.

A disruptive model in the van segment?

As plug-ins reach new heights, it is now time to compare them with regular hybrids, a class completely owned by Toyota, placing four models in the the Top 4 places, if the podium places seem unaccessible for now, the #4 Auris seems attainable plug-ins, as the PEV market grows.


As the Tesla Sports Sedan reaches historic high levels (+13% YoY), it is time to see if it can make a dent on the German flagship models, for now the Mercedes S-Class leads the way, with 699 units last month, while the BMW 7-Series follows, with 435 deliveries, both comfortably ahead of the Californian.

In Third and Fourth Places we have two recent models, with the new Audi A8 in Third, registering 348 units, while the Panamera follows it, with 268 units, 118 of them being of the PHEV variety, or 44% of all of the nameplate sales.

If these numbers are to continue, the Porsche model can be the first to seriously challenge the Model S sales, while at the same time allow the big Sports Sedan to outsell the BMW and Mercedes uber-klasse plug-in models.

Now imagine what the new Cayenne PHEV will do...

...Speaking of luxury SUV's, Tesla's Sports SUV is starting to tickle its most direct competitors, with the numbers starting to close in to the podium bearers.
But are the 100-something sales the Model X top performance? Will the Model X beat in December its personal best (213 units last March)?
Published by José Pontes at October 17, 2017