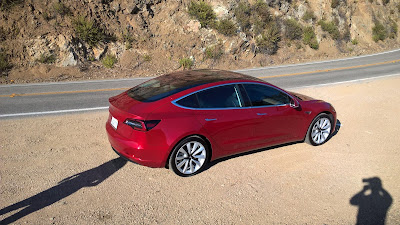 Despite not reaching the same outlandish scores that it gets South of the border, the Model 3 is leading the way in Canada, with November being its third month of consecutive Best Selling wins, allowing it to lead the YTD ranking by a sizeable margin, with over 6.000 units, shattering the previous yearly record (4.313 Chevy Volt, in 2017), and preparing itself to give Tesla the second Models trophy, after the first having been won in 2015 by the Model S.

But proof that not only Tesla, but the market as a whole is expanding, is the fact that the #2 Nissan Leaf and the #3 Mitsu Outlander PHEV have also broken last year yearly record, with the #4 Volt also on track to beat its own personal best.

The ranking remained stable this month, with only two changes, the Tesla Model S climbed one spot to #12, while the Smart Fortwo ED was also up one position, to #19.

Below the Top 20, the Jaguar i-Pace had its first full deliveries month, with 20 units, and should be a familiar face in the 2019 Top 20.

Regarding the manufacturers podium, Tesla (22%) is head and shoulders above the competition, while the 2017 winner Chevrolet (16%) is now relegated to Second Place, with Nissan (13%) and Mitsubishi (12%) running for Third Place. 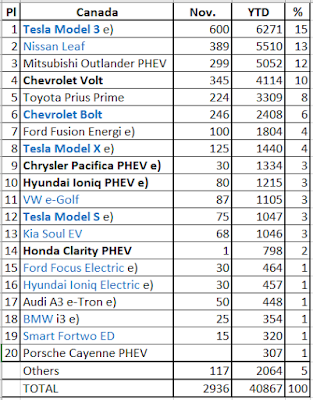