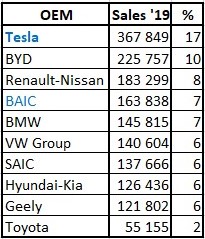 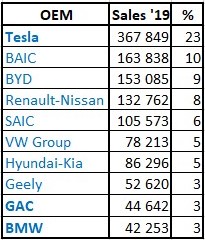 SAIC benefits from the unexpected success of the Baojun E-Series to climb into #5, the VW Group came out of obscurity straight into #7, while Hyundai-Kia, growing 46% YoY, ended in #6.