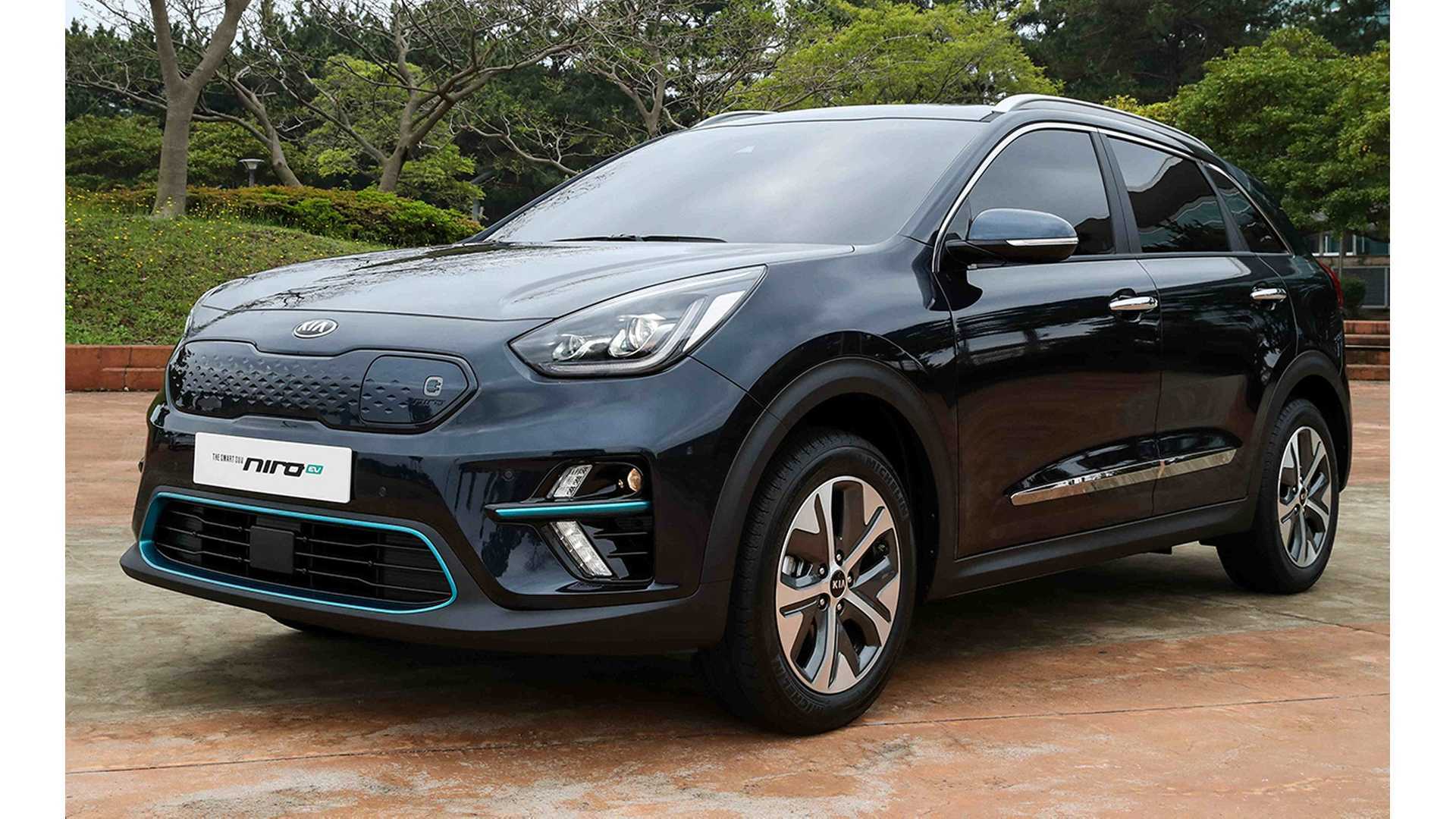 The Dutch automotive market is out of the pandemic-related disruption, having reached positive numbers in July (+4% YoY), but if the overall market has finally recovered, the plugin category (up 139% last month) is officially in Warp Speed, thanks to 5,685 units in July, a new Year Best, pulling the YTD tally back into positive numbers (+15% YoY), thanks to over 25,000 registrations.
This meant that the PEV Share of continues on the rise, with 16% (11% BEV) in July, pulling the 2020 PEV share to 13% (10% BEV), well above last year result (6%).
Interestingly, it is the PHEV category that is pulling the plugin train upwards, having jumped 5-fold(!) in July, to 1,815 units, its best result since December '16, while BEVs grew just 83% last month...
Looking at last month sellers, we saw an interesting race, the Kia Niro EV won last month trophy, beating on the way its personal best with a record score of 644 deliveries, while in 2nd place we have a surprise, with the MG ZS EV winning Silver, thanks to a Year Best score of 501 units, while in 3rd, we also have a kind of surprise, with the VW e-Golf scoring 488 units, a new Year Best, an amazing performance for a model said to be having just a couple more months to live.

Outside the podium, the Volvo XC40 PHEV ended the month in 4th, with a record 402 units, being once again the Best Selling PHEV on the market, with the Swedish SUV proving its popularity in the Netherlands, which is a good sign for the future XC40 BEV.
In 5th place we have the Hyundai Kona EV, with 363 units, a new Year Best, which means that the Czech-made units of the Korean crossover are helping it to reach large volumes, so expect the Hyundai model to continue being a familiar face in the Top 5.

Looking at the 2020 ranking, the big news is the Kia Niro EV replacing the Tesla Model 3 in the leadership, with the sports sedan possibly only recovering the top spot in September.
After September, it's anyone's guess, because by then there will be another big player in the market, the VW ID.3, so Q4 should see an entertaining race to follow.

Elsewhere, this time the ranking didn't had many changes, the MG ZS EV shooting up, to #7, while on the second half of the table, the Audi e-Tron jumped 3 positions, to #15, now being the Best Selling model in the Luxury category, while the BMW 330e is back at the Top 20...In #20, thanks to a year best score of 83 registrations.
A mention also to the #12 Ford Kuga PHEV, that scored a record 227 units, confirming Ford's plugin model popularity across Europe.
Outside the Top 20, the tiny Seat Mii EV scored a record 114 deliveries, that added to the 85 VW e-Up and 191 Skoda Citigo EV, adds a total of 390 registrations in July for the Bratislava-made triplets. Who said small EVs weren't a thing?
Another model on the way up is the Opel Corsa EV, that scored a record 138 deliveries, so we could see the Opel electric model reach the Top 20 soon.

Coming from behind, we have the #5 Hyundai (8%), that could ambition a podium seat in the near future. 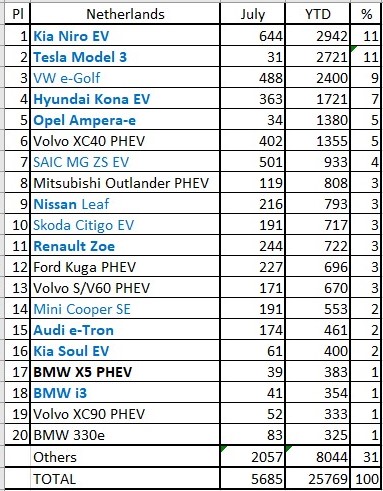