There seems to be no end to the incentives blues, with the Chinese plugin market plunging 46% YoY, and this time both powertrain technologies crashed at the same speed (-47% for BEVs, -46% for PHEVs), a worrying drop, considering the overall market was down just 6% YoY.


The main reason for this string of drops lies on the subsidy changes that happened on June 26, when NEV subsidies were cut off completely for vehicles with less than 250 kms electric range, while those with higher range saw their subsidies halved, but the reasons do not end there, besides the general drop in the local automotive market, there must be some GF3 Osborne effect also going on, affecting not only the Model 3 deliveries, but also everything close to it.


This is changing the face of the market, as it is now a less subsidy dependent market, with smaller, cheaper models unable to compensate the subsidy loss, while the most expensive end of the market continues to thrive, helping foreign OEMs to increase market share, now at 14%.


In October, the nameplate that made the biggest impression was the #3 GAC Aion S, that continues to ramp up production every passing month, no mean feat, considering all the doom and gloom around it.

#1 – BAIC EU-Series: The electric sedan scored another win, this time with 7,623 units last month, with the Beijing Auto model continues King of the Hill, thanks to an attractive design and specs (215 hp, 416 kms / 260 mi NEDC, US $32,500), but considering that many of its main competitors are taking a hit, the question remains: How long will BAIC’s electric sedan continue immune to the current pessimistic environment?

#2 – Baojun E-Series: With the end of subsidies for most of the small city EVs, unable to reach the minimum 250 kms range, the few that still have access to subventions have seen their sales rise, and none did it more spectacularly than the Baojun E-Series, Shanghai Auto and General Motors offspring. It seems the tiny two seater has won the lottery with the new rules, winning consecutive podium positions, and October was no exception, having registered 4,636 units last month. The updated range, thanks to a new 24 kWh battery, is the crucial element to reach the subsidy minimum range requirement, which added to its competitive price (CNY 93,900 / USD 14,700) before subsidies, makes it an appealing model, especially considering its modern design and features.

#3 – GAC Aion S: Things are going well for the Aion S, because the sleek sedan continues to improve its performance every passing month, having established another record yet again, with 4,217 units, reaching the 3rd place in October, its 4th Top 5 spot in a row. A sedan inspired by the Tesla Model 3 formula, GAC is betting everything in its new dedicated EV lineup, the Aion. Besides the Aion S sedan, the recently landed LX also promises to make an impact in a few months. But back to the Aion S, beyond the stylish (and aerodynamic - 0.245cd) looks, this new model bears some impressive specs: a 59 kWh CATL NCM 811 battery, 510 km / 318 mi NEDC range and Level 2 driving aids, but the real killer is the price: Around 180,000 CNY / $26,000. Before subsidies.

#4 – BYD Yuan / S2 EV: The small crossover was one of the subsidy cut victims, while previously it clocked 6,000-plus performances regularly, now i tis happy to cross 3,000 units, like last month (3,227 units). While the BYD model has competitive specs (58 kWh battery, 410 kms /255 mi NEDC range, 163 hp motor), for the price (25k USD), the truth is that the overall negative environment is taking its toll on the Yuan sales.


#5 – BMW 530Le: The current success of BMW’s luxury sedan in China has take a lot by surprise, but it seems it is here to last, in October the luxury sedan scored 2,764 units, allowing it for another Top 5 presence. Even without access to subsidies (then again, let’s face it, subsidies for cars at this price level don’t really make that much of a difference, the owners just use the money for some nicer alloys or optional creature comforts…), so the leader in the Luxury category should continue selling around 3,000 units per month, which is well above its direct competitors, that would happy to reach 1,000 units in one month. 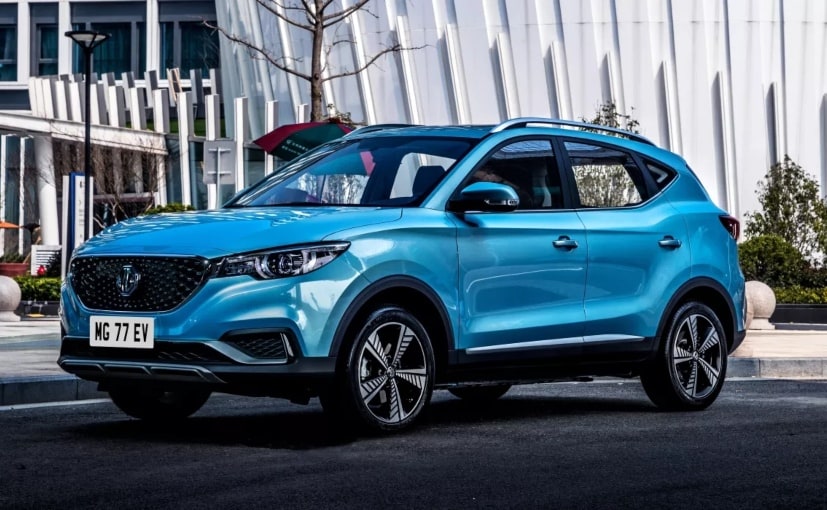 The market is now adapting to the new reality, now that certain models lost access to subsidies.

We’ll start with the position changes, with the Chery eQ tying with the BYD Tang PHEV in the 4th place, but the most important change happened in the second half of the table, with the GAC Aion S jumping 5 positions, to #14, with the stylish sedan now being half way to secure a Top 10 position this year, which would be a great starting point for a Top 5 (Podium?) spot in 2020…

The GAC star player, along with the BMW 530Le and the Tesla Model 3, currently seem to be the only players with the potential to climb positions until year end, as most of the other models are seeing its sales dry out.

Outside the Top 20, a mention to the MG eZS EV compact crossover, with the Shanghai Auto nameplate scoring 2,549 units, its best result so far, allowing it to be #6 in October.

With MG having high hopes for the electric crossover in export markets, these good numbers in its domestic market are a good sign for the success of the nameplate elsewhere.

I wish the best of luck to NIO, despite the heavy losses, the brand has potential, let’s hope it has enough resources to launch the compact crossover ES3,a model said to be launched in next year, which will be essential for the brand to win scale and find its way into profitability.

If the Chinese EV maker survives the next two years, I believe it will have a bright future ahead, even in overseas markets.

Outside the podium, Geely (5%, down 1%) is slowly losing charge, unlike GAC, that now has 3% share and is on an upwards trend.

Will this Natural Selection help the market become more competitive? For now, the best foreign carmakers (Tesla, BMW and VW all have 3% each), are already above of most of the local OEMs, in this highly competitive market.

Any bets on who will be? 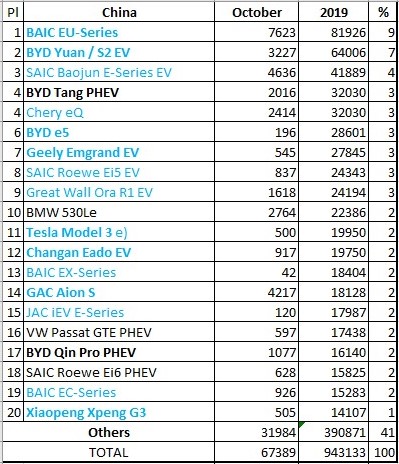