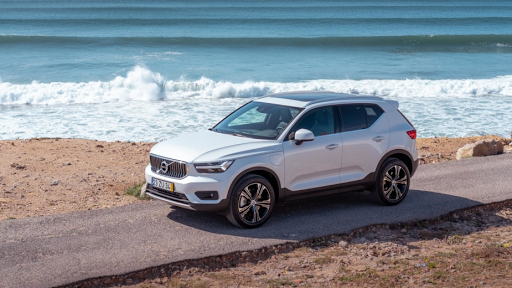 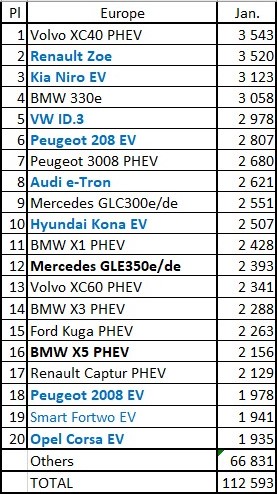 Tesla's midsize sedan sales started in the low end, with 1,499 deliveries, only 11 less than a year ago, but expect the sports sedan deliveries to jump significantly in March, thus distancing itself from the #2 Mercedes EQC (1,354 units) and Polestar 2 (1,297).
Tesla's midsizer won't have significant competition in the near future, at least until its Model Y sibling lands, as the Polestar 2 is still too expensive to reach higher volumes and the EQC...Well, that one is just happy to keep Silver while it can.
The upcoming Ford Mustang Mach-E production levels are still a question mark, and as for the BMW iX3, i believe the Bavarian maker will already be happy if it comes close to the the Mercedes EQC...

The e-Tron domination continues to grow, with the Big Audi scoring 2,621 units last month, with its sales growing 16% YoY, considering the already significant sales volumes of the Belgian-made Audi, one wonders for how long will the growth rates will be sustained, and when will the peak e-Tron moment arrive...Maybe when the Q4 e-Tron is presented?
With the #2 Porsche Taycan (1,094 units last month) accelerating its sales, the main interest is now the 3rd spot, where the luxury van with windows Mercedes EQV (168 units) has managed to beat both flagship Teslas.
2021 will se a lot of action in this category, not only with several models landing (Audi e-Tron GT, Mercedes EQS, BMW iNext...), but with also the flagship Teslas redesign and the Porsche Taycan lineup expansion (RWD, Cross Turismo...), the Audi e-Tron will have a harder time keeping the full size crown.
Published by José Pontes at February 26, 2021