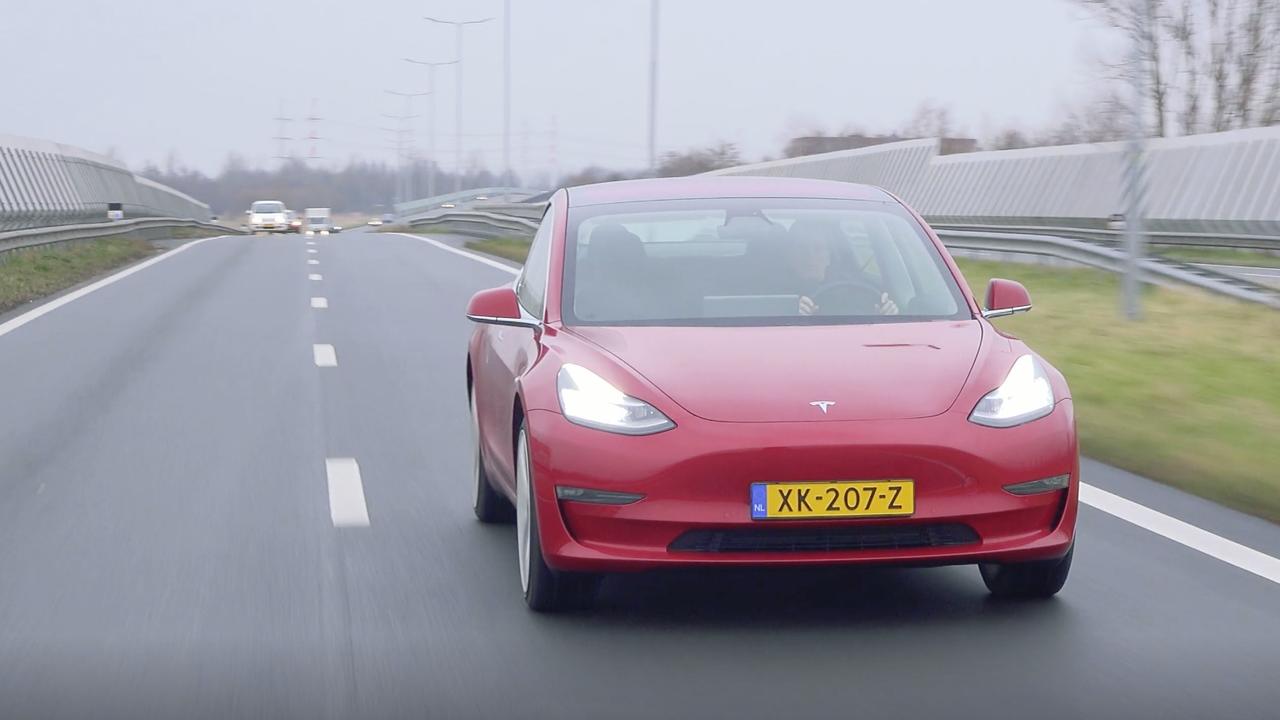 
PHEVs this time were also up (+14% YoY), but because their growth pales regarding BEVs, last month they represented just 9% of all plugin registrations, versus 13% YTD...Adding plugin hybrids to BEVs, the Plugin share climbs to 9.3% in August and 8.7% this year, placing this market close to the disruptive 10%...

...And with another deliveries peak expected towards the end of the year (A Dutch specialty by now), the final 2019 share should end North of the famous 10%, which should make the year 2020 pretty special in this market.

In August, the leader Tesla Model 3 (1.180 units) had its best off-peak month so far, placing it in a different league, so prospects for beating the all-time BEV record from a single model (2,621 units), in September look good.

But back at August, in a relatively stable Top 5, the Nissan Leaf was the only new face, tied in #4 with the (insert batteries constraint comment) Kia Niro EV, so it seems the injection of the 62 kWh version is finally pulling the Japanese hatchback back into the spotlight.

Looking at the 2019 ranking, the Tesla Model 3 sits high above everyone else, with almost a third of the market, with the Tesla midsizer being August's 2nd best selling model, all models counted.

In the Top 10, the big news were the BMW i3 switching places with the Mitsubishi Outlander PHEV, with the German hatchback reaching the 6th position, now making 6 BEVs in the Top 6 positions…#BEVs rule

But the second half of the ranking shows more clearly the BEV takeover, with the #12 Opel Ampera-e (64 units in August, best result since January) just 2 units behind the #11 Volvo XC60 PHEV, so we should the German American hatchback reach #11 next month, making 10 BEVs in the Top 11 spots…

But there are more good news on the BEV side, as the Jaguar i-Pace was up one position, to #18, and highlighting Tesla's good moment, the Model X returned to the Top 20, in…#20, thanks to 42 deliveries last month, its best off-peak month this year, while its Model S sibling also had a positive month, with 25 deliveries, also an off peak year best, allowing the Tesla flagship to climb one position, to #19

With the Model X now in the Top 20, we have 14 BEVs vs 6 PHEVs in the Top 20, and it wouldn't be surprising if only 3 of the plugin hybrids resisted by year end… 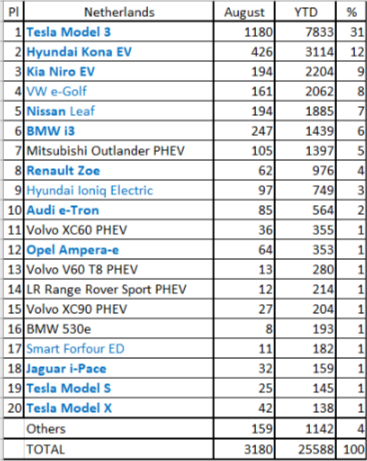 Comparing the Model 3 deliveries against its midsize competitors is getting boring, as there is really no competition for it, so i decided to pit the Model 3 against the market overall best sellers, and here's how it looked like:

The EV poster-child is not only in the overall podium (and #2 in August, only behind the VW Polo), but it is almost the sole EV representative on the Top 10, with only the electrified Kia Niro following it, in a distant #8.

Expect the Model 3 to surpass the Ford Focus in September, and it might even have a shot at removing the VW Polo from the leadership, depending on how high the Tesla tide will be by then...
Published by José Pontes at September 10, 2019