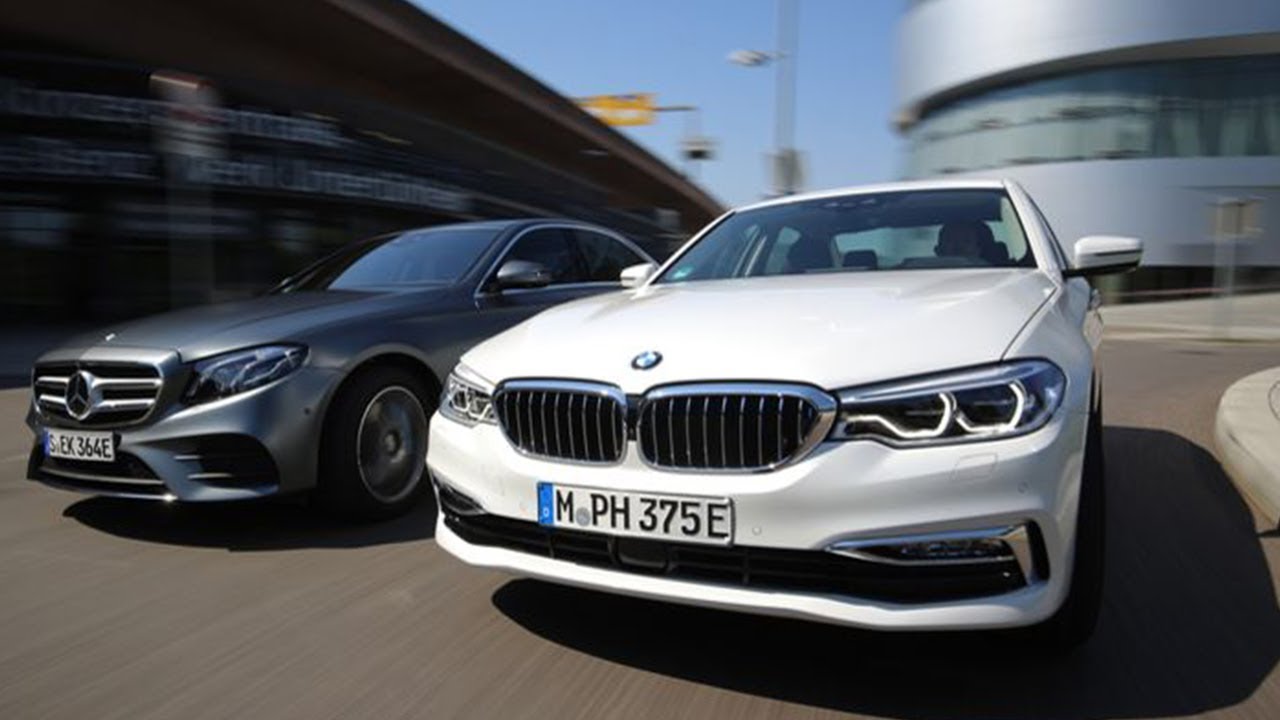 PHEVs strike back
PEV Sales were up 28% last month, with 757 plugins being registered, with plugin hybrids surprisingly growing faster than all-electrics (+30% vs +26%), allowing PHEVs to recover ground regarding BEVs (48% for plugin hybrids in August, versus 37% YTD).

The reinvigorated Nissan Leaf remains in #1 (for how long? September? December?), followed by the off-peak month Tesla Model 3, while the #4 Mercedes E300e/de twins continue to race with the #5 BMW 530e are closely running for the Best Selling PHEV title (and best selling luxury vehicle award too).

Why are these two luxury cars so high in the ranking? Well, it all has to do with the local incentives, as there are significant company car incentives for all plugins (BEV and PHEVs), but with a price cap, that prevent nameplates like the Tesla Model S to access them, while these two fit right under the price cap, allowing them to maximize incentives (basically, they are the priciest cars that can be included in the incentives pack).

Below the top spots, the first position change happened in #9, with the BMW 225xe Active Tourer jumping two positions, thanks to 68 registrations, its best result ever.

And that wasn't the only PHEV climbing positions, as last month saw several plugin hybrids stepping up spots: the Volvo XC60 PHEV was up one position, to #12, the #17 Porsche Panamera PHEV also climbed one position, while the Volvo V60 PHEV is now in #19, thanks to 18 deliveries, the nameplate best result in over a year and a new record for the new generation of the Swedish Station Wagon.

Why this counter-current PHEV resurgence in Portugal, when BEVs are taking over the rankings across Europe?

In the manufacturers ranking, things are pretty balanced, with Tesla is leading the way (18%), while Nissan and BMW (both at 16%) try to reach the US carmaker. 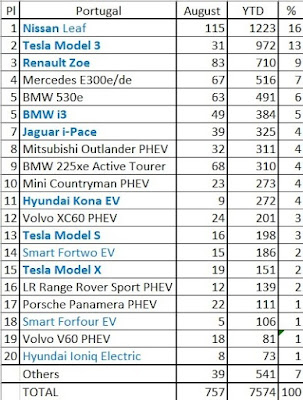