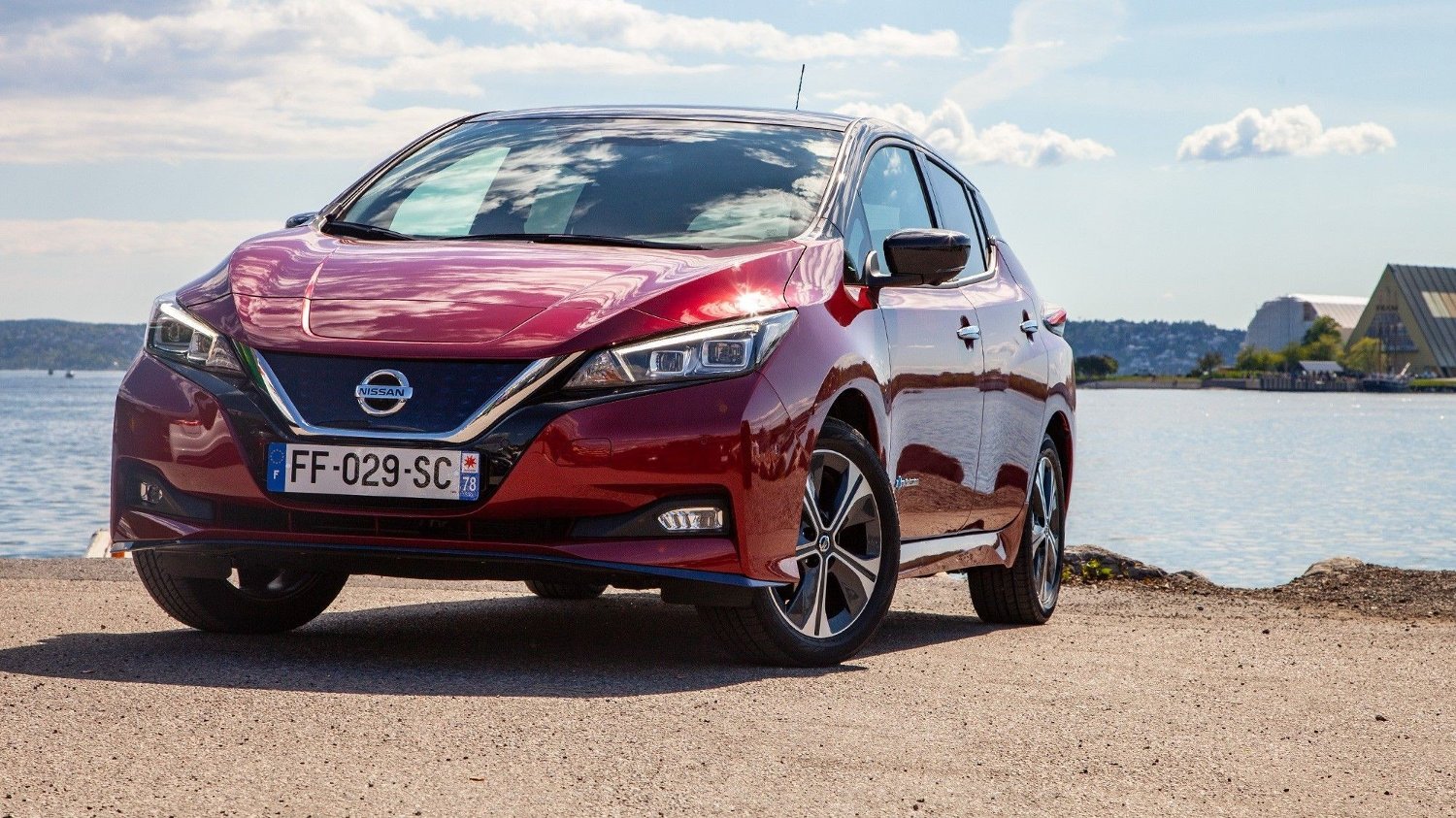 Nissan Leaf #1 in July
Last month, BEVs registrations were up 52% YoY, in a down market (-5%), with PHEVs sinking 35% YoY, which lead to a significant BEV (38%) share, while PHEVs continue dropping their share of the overall market (10% last month), with HEVs outselling them on an order of 3 to 2.

Looking at the remaining fuels mix, diesel recovered to 19% share, but was still down regarding July 2018, when it had 21% share, while petrol just keeps on falling, scoring just 18% share (27% a year ago). Will we see any of the traditional fuels hit single digit shares in 2020?

Looking at last month Top Sellers, the Nissan Leaf recovered some juice, winning last month Best Seller trophy, its first since January, with the Japanese hatchback finally profiting from volume deliveries of the 62 kWh version.
Not far behind from the Nissan EV, the VW e-Golf scored 571 units, with the German hatchback resisting quite well to the Osborne-effect of the much hyped VW ID.3.
The Tesla Model 3 this time remained out of the podium, but it's nothing to worry about, as the SR/SR+ versions only started to be delivered in August, so expect another big peak in Model 3 deliveries in September, and probably throughout the last quarter of the year, meaning that we will only know the organic demand of the midsize sports sedan in early 2020... 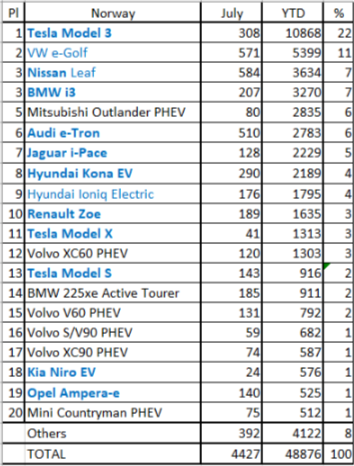 Looking at the 2019 ranking, the only change in the Top 10 was the Nissan Leaf recovering the 3rd spot from the BMW i3, but others seem imminent:

- A steady paced Audi e-Tron is only 52 units behind the #5 Mitsubishi Outlander PHEV, that last month saw its registrations drop to just 80 units, its worst performance in 4(!) years. Allocation problems, or is the demand for Mitsu's SUV finally dropping?

- Also interesting to follow is the race between the #8 Jaguar i-Pace and #9 Hyundai Kona EV, with only 40 units separating them, and Jaguar reportedly having a hard time to keep demand going for its Sports-SUV, discounting it before expected (i would only expect discounts by 2020, when the Model Y long shadow started to be felt), the Korean model could climb one position soon.
In the lower half of the ranking, the BMW 225xe Act. Tourer was July's best selling PHEV, with 185 units, its best result in 2019, while the Volvo XC90 PHEV climbed one position, to #17.
But the good news for plugin hybrids end here, as we witness another BEV joining the ranking, in #19, with the Opel Ampera-e (Hey, remember me?), becoming the 13th BEV in the Top 20, thanks to 140 registrations in July, a swan song new year best for the Opel BEV, soon to be replaced by the Opel Corsa EV. Maybe by now Chevrolet should start thinking in distributing in Norway its BEV wearing its own banner?

Interestingly, of the 7 resisting PHEVs, 4 are Volvo models...
Looking at the manufacturers ranking, Tesla is uncontested leader (27%, down 2%), being followed by Volkswagen (12%) and BMW (10%), while the #4 Hyundai (9%) continues in the race for Bronze. 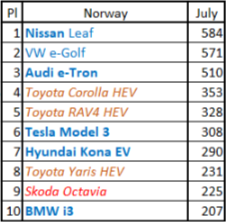 Due to a weak July (BEVs+PHEVs only had 48% share), Toyota's unplugged Hybrids recovered ground, and we have even one ICE model in this Top 10 (#9 Skoda Octavia).

Nevertheless, the podium remained 100% BEV, while all-electric models continue to be the majority of models.

Surprising is the absence of any PHEV model here, with the fall from grace being now more visible than ever. And you just needed to have a bad month from the Outlander PHEV...