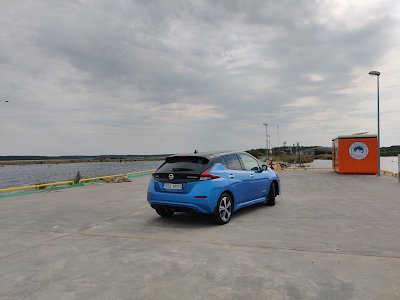 After a long absence, Estonia is back at EV Sales, while 2019 was a year to forget, regarding plugin sales in this market, with PEV registrations falling 27% regarding the previous year, 2020 is witnessing surging sales, with 313 new plugins being registered so far, which means a 304% jump in sales regarding the previous year, pulling the current market share to 1.9% (2.1% in October), and although it is still below the 2.6% record year of 2012, when Estonia was seen like a sort of "Little Norway", it marks the return of the Baltic country to the fast lane, moving the needle up, so in 2021 we should see it break its share record, that currently is the oldest on record.
Speaking of Norway, a common trace between both markets is the popularity of BEVs, this is most definetely a BEV-friendly market, with all electrics having 79% of the plugin market this year, with October scoring a 94%(!) share.
The Nissan Leaf is synonym with "EV" here, having won every Best Seller trophy since 2013...
...But this year's title isn't yet in the bag, because in Second we have the surprising Porsche Taycan(!), that is just 5 units behind, while the #3 Renault Zoe and #4 Tesla Model 3 aren't yet out of action, .
One could argue that counting the Skoda Citigo EV (16 units) together with the VW e-Up (21), these two being basically the same car, then the real Best Sellers here would be the triplets from the VW Group, but...let's not go into technicalities, the 2020 Best Seller will most likely be the Nissan Leaf, so better luck next year, Leaf challengers (Renault Zoe, Tesla Model 3 and VW ID.3).
In the manufacturers ranking, Porsche (16%) is the surprise leader, ahead of the chronic leader Nissan (it has won every Best Selling manufacturer title since 2013), with 11% share while Volkswagen (10%) and Tesla (9%) are with the Japanese maker for the Silver medal.