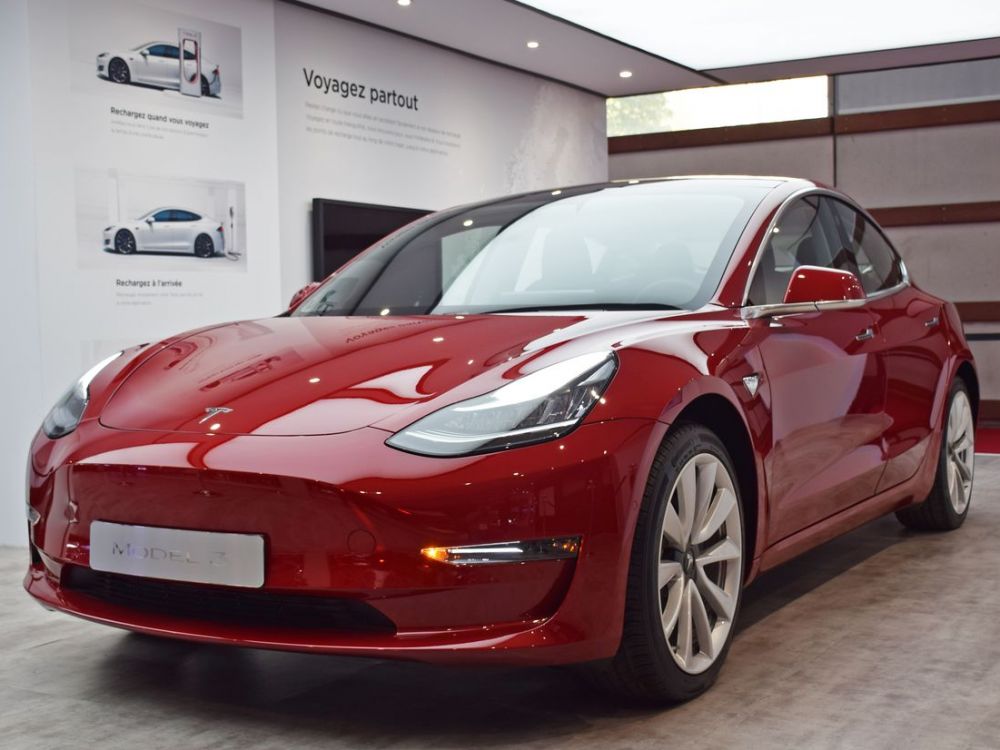 The French PEV passenger car market registered 6,136 registrations in March, up 14% YoY, with a big portion of this growth coming from the Tesla Model 3, with 1,153 deliveries last month, the best result ever for a nameplate not called "Renault Zoe".

Looking at last month Best Sellers, the Renault Zoe sales dropped 32% last month, to 1,536 units (the Peugeot e-208 shadow is starting to be felt…), while this month main news came in 2nd place, with the Tesla Model 3 reaching 1,153 units, if those not familiar with this market might feel this is not a disruptive result, after all the Californian remained below the leader Zoe, this event in France is like the Audi e-Tron jumping straight into #2 on the US PEV market.

Elsewhere, the usual silver medalist Nissan Leaf this time had to be contented with the last place of the podium, with 455 units, its best performance in the last 8 months, while the Kia Niro EV was #4, with 299 deliveries, a new personal best.

In a market known for its stability, this time there were a number of changes in the top positions, with the Tesla Model 3 jumping to the runner-up spot, while the Kia Niro EV was up one position, to #5.

The PHEV race is warming up, as 42 units now separate the #4 Volvo XC60 PHEV, and the #6 Mitsubishi Outlander PHEV, two midsize SUVs.

Interestingly, the 7 best selling PHEVs are either SUVs or Crossovers, while on the BEV side, 8 out of the Top 11 models are regular cars.

On the second half of the ranking, both Land Rover yachts SUVs hit record numbers, allowing the Range Rover Sport PHEV toclimb one spot, to #11.

We welcome two new models on the Top 20, although only one of them, the Audi e-Tron, is a fresh face, while the other, the BMW 225xe Active Tourer, is a familiar name in this ranking. 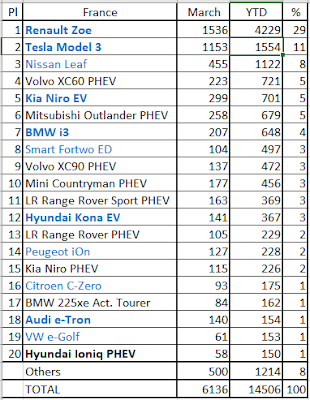 The answer is now being written, comparing the Model 3 French deliveries in its second month on the market, the 1,153 deliveries allowed it to beat every competitor in its category, with the #2 Renault Talisman ending the month with 1,020 units.

But looking at the total Q1 registrations, the Tesla Model 3 was only 4th, although a podium place in the next quarters will not only seem possible, but likely.

Is the handsome Peugeot 508 having its throne in jeopardy?