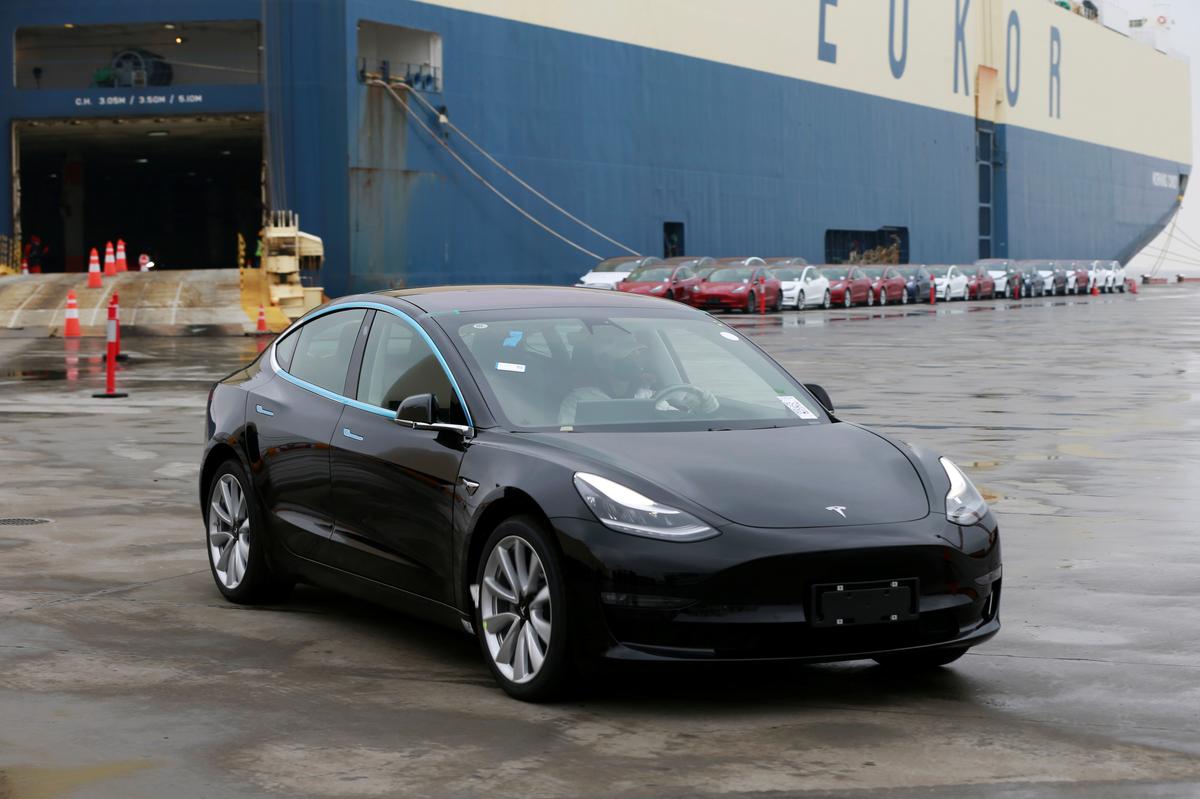 
With all this continued growth, we could see sales double this year, surpassing the 2 million mark, making some 60% of all global PEV sales in 2019.


With symbolic export numbers, the domestic market is more than enough to absorb the current Chinese production, while foreign OEMs are starting to tackle the current seismic changes, dragged into electrification by the new PEV quotas, with foreign brands total share now having 8% of the market.

#2 – BYD Yuan EV: We all knew that BYD’s Baby Crossover was destined for success, and with a new 58 kWh version now being delivered, the small Crossover hit a near-record 10,021 deliveries in March. The maker Star Player is living up to expectations, eating everybody’s lunch, on the way. With a 30,000-long waiting list, demand is no problem, depending more on BYD’s ability/willingness to make them in large volumes (The Tang is more profitable…), than anything else. With unrivalled specs (58 kWh battery, 410 kms/255 mi NEDC range, 163 hp motor), and price (25,000 USD), this is shaping up to be this year strongest candidate for the Best Seller title.

#4 – Tesla Model 3: The much-anticipated landing of the midsize sedan in China happened with a bang, having delivered some 5,300 units, the best score ever for a foreign model in China, allowing it to reach the 4th spot in March, a first for any foreign model in this market. At this point, the Tesla nameplate is far from the domination held in North America or Europe, but it seems to be the only foreigner being able to run at the same pace of the local Best Sellers. It’s like LeBron James, undisputed king in the Eastern Conference, but when on the Western Conference…It’s a different ball game.

#5 – BYD Tang PHEV: The second-generation Tang continues to sell like hot cakes, registering 4,763 registrations in March. Sales should continue strong for BYD’s successful flagship, although the just landed Tang BEV should prevent it from hitting new sales records. As for the current Tang PHEV specs, BYD’s Midsize SUV saw the battery grow to 24 kWh, originating an increased 100 kms range / 62 mi NEDC (around 70 kms / 44 mi real world), while on the power department, things have stayed the same, but with 500 hp and 0-100 kms/h in less than 5 secs, one can’t really say it was underpowered.... All for CNY 279,800 / $40,816.


The market is dynamic as ever, with plenty of models scoring record results, like the BAIC EU-Series registering a record 12,983 units, allowing it to jump to the 2nd spot, while both Great Wall Ora’s continue their seemingly unstoppable rise, with the singular #13 Great Wall Ora iQ5 EV crossover scoring 3,029 units, while the Smart small R1 EV is now #9, thanks to a record 4,002 deliveries.


Another interesting feature is that we now have two foreign nameplates in the Top 20, with the Tesla Model 3 landing directly in #16, while the VW Passat GTE is now #17, thanks to a record 2,731 units.


The Nio ES8 dropped from the Top 20, to #21, but it is still the best-selling full-size nameplate in the PEV ranking. 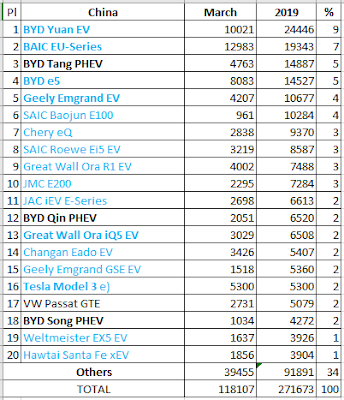