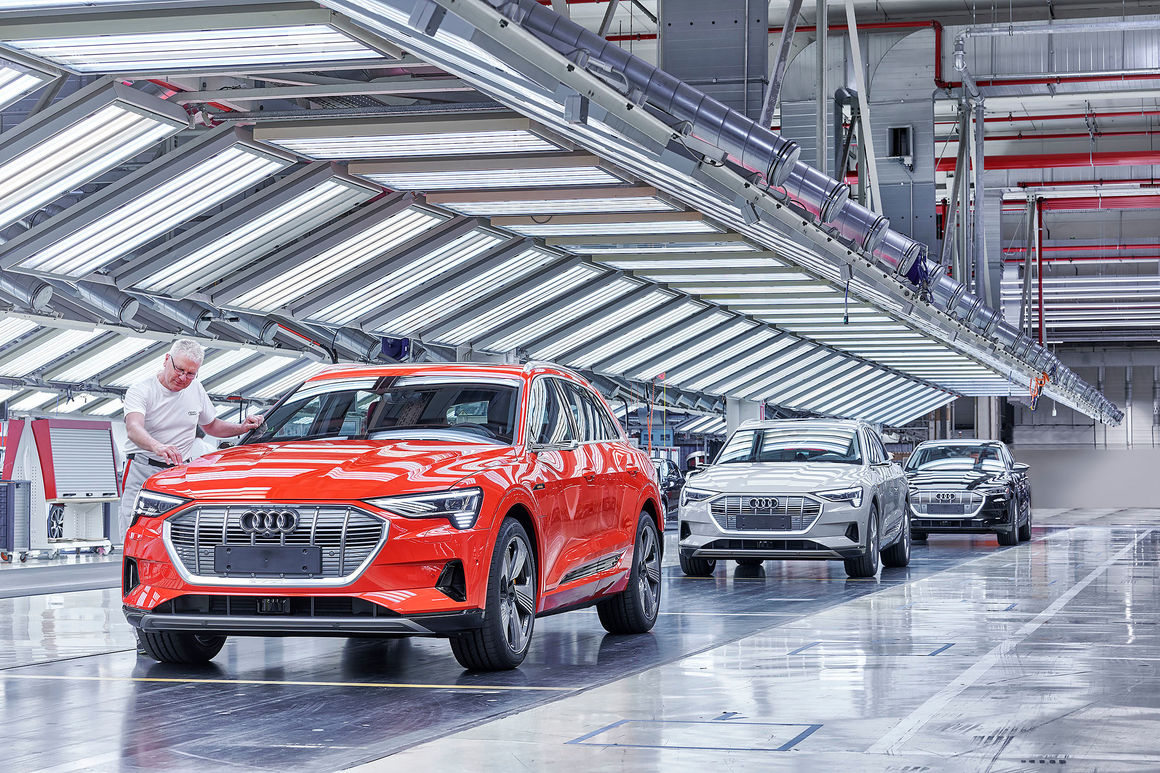 Audi e-Tron #1 in May, but Tesla Model 3 leads YTD
Registrations remained positive in Belgium last month, with 1.248 passenger plug-ins registered, up 3% YoY, enough to keep the YTD tally in the black (+8%).

Proof of that is that 3 out of the first 4 models in May were BEVs, with the Brussels boy Audi e-Tron winning its first domestic trophy, with 100 registrations, a new personal best, that might mean that the Audi SUV production has finally passed the early production issues. This score allowed Belgium's homegrown BEV to jump two spots in the ranking, now in #8.

The 2019 ruling leader Tesla Model 3 was 2nd, with 99 units, while both the Renault Zoe and Mitsubishi Outlander PHEV scored 96 registrations, a meritable score for both nameplates, considering they are in the market for quite some time now.

But the Climber of the Month was the evergreen VW e-Golf, that thanks to 53 registrations, its best score in 16 months(!), jumped four positions, to #15. It seems there are a lot of people wanting to drive an EV, but don't want others to know it...

Other noticeable performances were the Mercedes E300e/de twins, that scored a record score of 47 units last month, helping it to climb two positions, into #17, while the Tesla Model S scored its best result in the last 9 months(!), with 56 deliveries, so it seems the Tesla flagship is recovering ground already, possibly thanks to the recent specs upgrade.

In the manufacturers ranking, things are more balanced than in the models race, with Tesla (18%) leading the way, but closely followed by Volvo (16%) and BMW (15%).

The 4th placed Nissan (7%) is too distant to aspire a medal position. 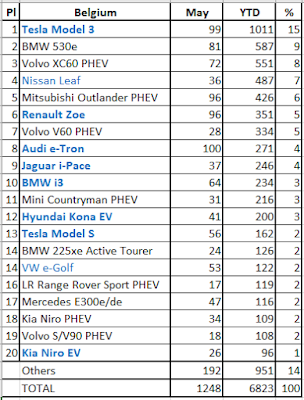