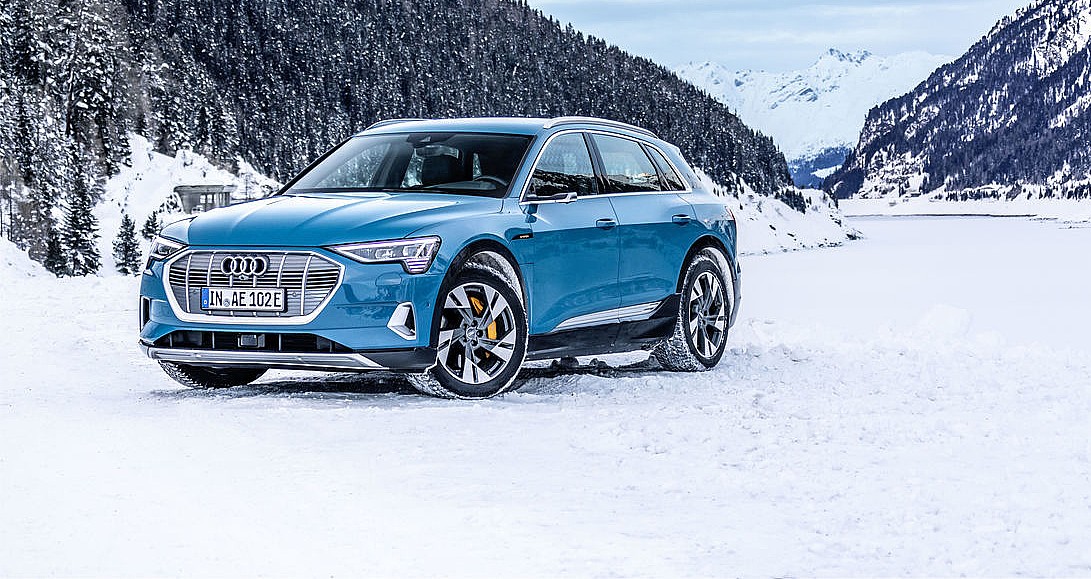 If we add HEVs to the tally, we have 82% of the market already electrified.
As a consequence, Diesel and Gasoline sales are at the lowest ever, with the first at 10% share, while the second is at 8%. It seems pure ICE sales will be extinct long before the 2025 ICE ban...

With theses numbers in mind, i decided to change the Top 20 table, instead of showing the Best Selling plugins, they now show the Top 20 Best Sellers broken down by powertrain, after all, plugins, and BEVs in particular, are now the mainstream choice, with HEVs and ICE models being the "oddball" choice.

Looking at the March model sales by fuel, we have a 100% BEV Top 5, with the best unplugged model showing up only in #7.

The Audi e-Tron won another Best Seller award, its third in a row, with the Tesla Model 3 ending its peak month in 2nd place, with 997 deliveries, while the surprise of the month is the Hyundai Kona EV, finishing the month in #4, with a record 525 registrations, so it seems the Czech-made units are already helping the Korean crossover to reach new highs.

Looking at the 2020 ranking, the podium remained the same, while below it, there are significant changes, with the Hyundai Kona EV climbing to #4, while the Tesla Model 3 came out of nowhere into #5.

Elsewhere, the Best Selling PHEV is still the Mitsubishi Outlander PHEV, in #6, with more than double the registrations of its category runner-up, the #12 Volvo XC60 PHEV.

In the unplugged category, the highest standing is the Toyota Corolla Hybrid, in #9, while the only pure ICE model here is the #16 Skoda Octavia, which, by the way, is said to receive a PHEV version soon, so in the near future, we will see a fully electrified Top 20 in Norway...

Back to plugins, in March we have one new entry in the Top 20, the fresh Peugeot 208 EV, that thanks to a record 258 registrations, has finally joined the table, and could cast a shadow over its category leaders, the #7 Renault Zoe and #8 BMW i3.

Outside the Top 20, there's plenty to talk about, we start by mentioning the 228 registrations of the VW e-Up!, its best score since October 2014(!), and if we add all three Bratislava clones (e-Up, Citigo EV, e-Mii), we would get 567 units, which would place them in #4 overall in March. Not bad...Also, with the e-Up! in #21, with 358 registrations, we could see all the triplets in the table soon.

Finally, a mention to Mercedes, with the Battery Production Hell apparently a thing of the past, its all-electric EQC registered a record 173 units last month, so expect it to join the table soon, while the Mercedes C300e/de twins registered 99 units, the twins second record performance in a row and a 21 months high for the midsize Mercedes, with the same happening to the new GLC300e (107 units), while the larger GLE350de (53) performed the best score in over 3 years for the big Mercedes. 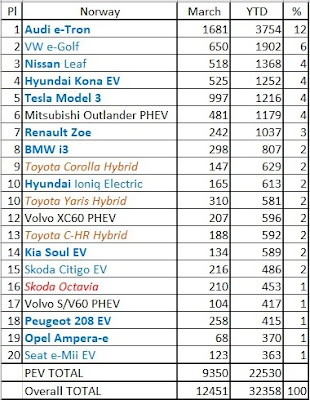