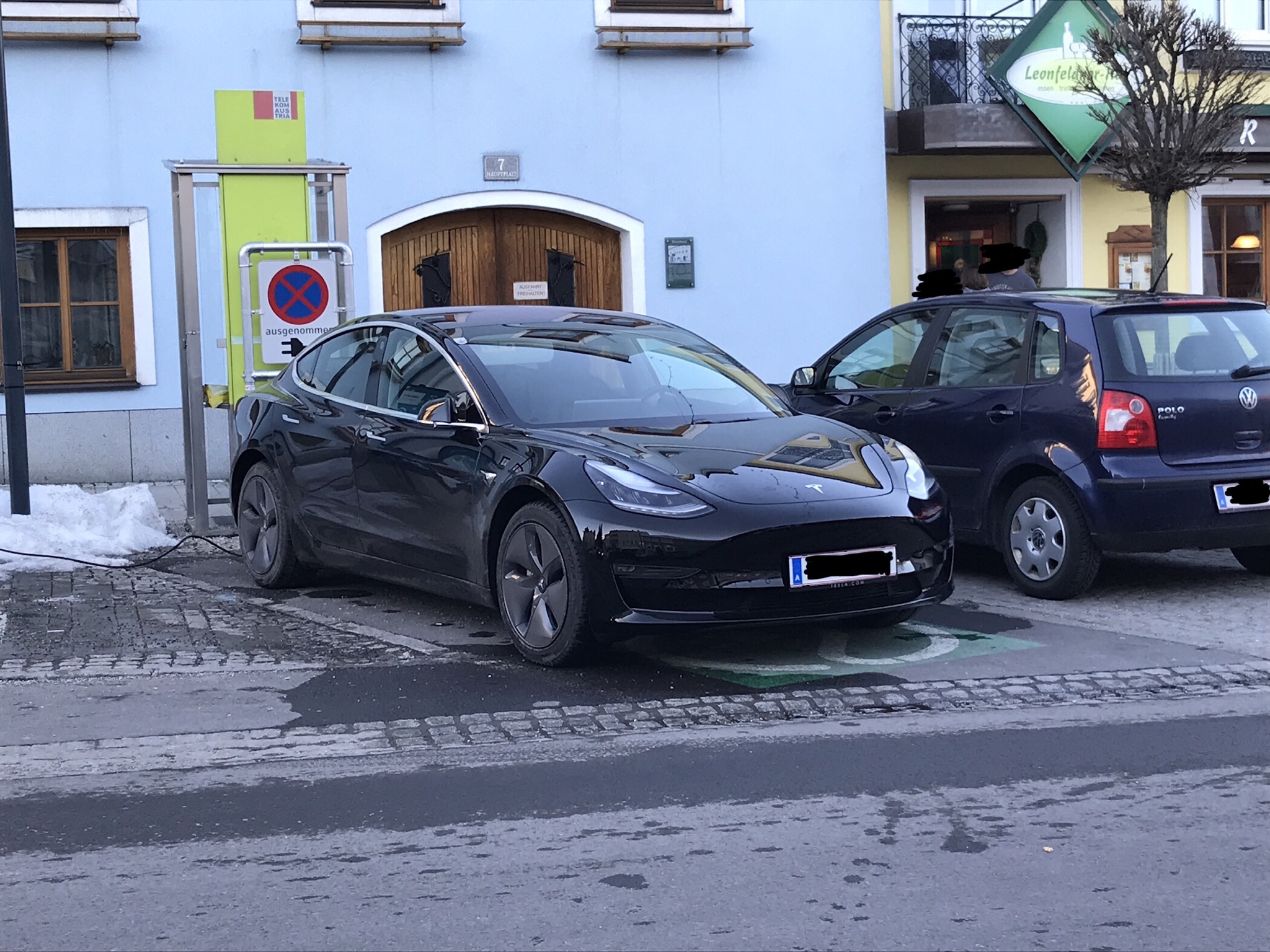 Interestingly, this market is known to be a BEV-friendly market, with all-electric cars usually representing 70% of plugin sales, but this year plugin hybrids are growing faster (+192%!), although BEVs (+38% YoY) are also experiencing a solid growth rate, which is allowing plugin hybrids to increase their share in the BEV/PHEV balance (62% BEV vs 48% PHEV).

After a weak January, the Tesla Model 3 had its best off peak month so far, with 219 deliveries, allowing it to be the February Best Seller, with the sports sedan jumping to 2nd place last month, and with an expected 400-500 units peak in March, the Californian is sure to remove the Renault Zoe from the leadership, although the French hatchback could give some fight on this year Best Seller title, with last month performance (182 units), being its best score since 2017.

The PHEV title race looks promising, with the #3 Porsche Cayenne PHEV(!) leading, with 130 units, but with the #4 BMW X5 PHEV and #6 Opel Grandland X PHEV less than 15 units behind, the Porsche will have a tough task ahead, in order to keep the category title.

Another fresh face in the table is the #10 Peugeot 3008 PHEV, confirming the popularity of the French crossover across Europe.

Outside the Top 10, a reference to last month's landing of the Opel Corsa EV, with 40 units, while the Bratislava triplets (Skoda Citigo EV - 49 units; Seat e-Mii - 15; VW e-Up! - 25) are being delivered in significant numbers, and counted together, they would total 89 units, making it the 3rd Best Selling EV in February, an impressive performance for a city EV.

In the manufacturers ranking, the race is pretty close, with Renault (13%), BMW (13%) and Tesla (12%) running for the leadership, leaving Porsche, Opel and Volkswagen, all with 6% share, far behind. 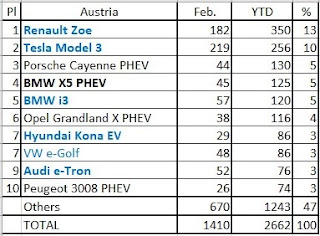