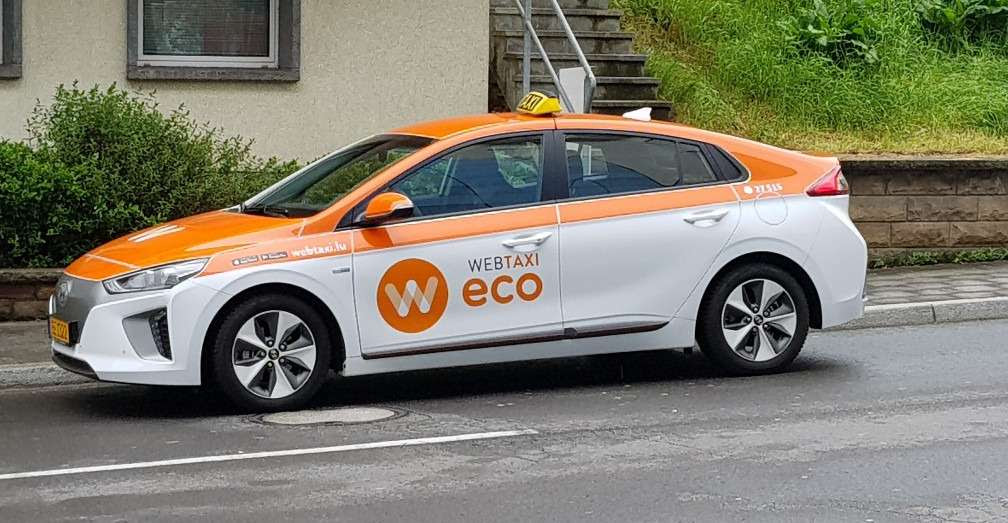 Surprise win for the Ioniq Electric

But beneath the surface, there were significant changes, while last year PHEVs had two thirds of sales, things changed significantly in the second half of 2018, with December reversing the trend, as BEVs won 67% of sales last month, allowing 100% electrics to balance the yearly sales, ending the year with 46% share.
Another surprise was the 2016 and 2017 Best Seller Tesla Model S ending only in 5th, with sales dropping 35% (is the Model 3 long shadow making itself felt?), with the 2018 Best Seller being the Hyundai Ioniq Electric(!), with 99 deliveries, this being a popular model among fleets, namely taxis.

The remaining podium positions were also surprising, with the Mini Countryman PHEV jumping from #16 in 2017, to the Silver Medal, with 69 units, while the Nissan Leaf went from #20 in 2017, to dethrone in the last minute the Renault Zoe from the 3rd spot, making three fresh faces in the 2018 podium.

Looking at the manufacturers ranking, BMW (14%) repeated the 2017 win this year, but this time the race was much closer, with Volvo ending in Second (11%), while Hyundai (10%) and Volkswagen (10%) raced until the last minute for the Bronze Medal, with the Korean maker winning the duel.

In a close 5th, we have Tesla (9%), that should see sales surge in 2019, collecting both the Models and Manufacturers title. 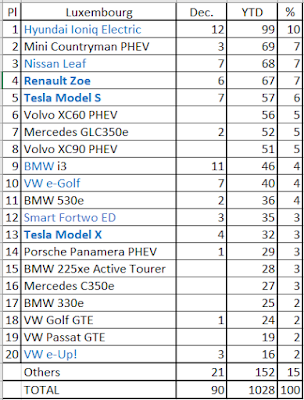