2014, also known as  Year Four of the Modern Age of Electric Cars has ended, so i took the time to review some of the most important facts of EV Markets this year: For some it's the Brand-They-Love-To Hate, for other it's more like a Religion, for me is just a much needed disruptive automaker that will force established players go into plug-ins.

And that has been achieved, with Tesla-Killers being announced almost everyday (Will they deliver? Will they even hit the streets?), but regarding Tesla itself, things could be rosier, with predicted sales reaching some 30.000 units (Still, a 40-50% increase) this year and the constant delays in the Model X production schedule and Model III development, the american brand is promising a lot and delivering still very little (30k units are a blip compared with the near million units that German Premium carmakers deliver every year).

This year sales grew thanks to new markets to the brand and growth in existing ones, like Canada (600 in '13 vs 800-900 in '14) or Norway (2k vs 4k), while others had plateaued, like the all-important domestic market in the US (18k vs 17-18k) or the Netherlands (1.2k vs 1.2-1.3k), the AWD models addition will probably enhance sales, particularly in colder climate markets, as people change their RWD to AWD cars, but the real jump should come from the Model X, the launch moment and following production rhythm will determine if Tesla really succeeds in 2015 or if it's going to end as another so-so year, like it did in 2014.

During the year, Tesla was frequently on the news, be it for dealership bans, sales numbers, new sales markets & respective Supercharger launches,  China deliveries, or the more recent AWD Model S, which in turn revealed yet another debate regarding range numbers...

Despite all this media-frenzy, the fundamentals are there, the product is class-leading, the infrastructure is spreading, now all they need is Apple-like money to deliver all those promises they make.

After a slow start, EV sales have increased greatly towards the second half of this year, with two months above the 30k sales (June and September), with global sales now expected to surpass the 300.000 units barrier, after the 140k of 2012 and low-200k in 2013, will we see plug-ins reach 400k this year? Probably, but much due to new PHEV's landing, one thing is certain, the millionth EV running around the streets will definitely be reached in 2015.

Growth Is All Around

While Norway continues to be the poster-child for EV Share and the US for volume, others are also making themselves noted, like China growing from one year to the other in an astounding way (18k in '13 vs 50-55k in '14), Germany (0,42% Share in '14 vs 0,23% in '13) and the UK finally waking up to plug-ins (0,52% vs 0,16%) and many countries of the Scandinavian/Baltic region, probably inspired by the Norwegian case-study, are growing at surprising rates and passing the 1% barrier, including some unforeseen markets, like Latvia(!).

To see the difference between 2014 and 2013, while EV's lost share in eleven countries from 2012 to the next year, now only Israel is below the 2013 EV Share, with the culprits for this having a known face (Better Place failure).

Also of importance is the dissemination of plug-ins by other countries still not associated with EV's, like Brazil, South Africa, Mexico, Morocco or the UAE(!). Probably the biggest surprise of the year, this Smart-lookalike isn't a car to break new ground in anything special, except on the way it presents itself to the general public, in country without a strong car-ownership-culture, electric car sharing in giant vending-machines, like the one above, is proving to be a hit and although hard to find, delivery numbers prove it, with the tiny car racing the BYD Qin for the Chinese EV leadership and at the same time, joining the EV Global Top 10 ranking. 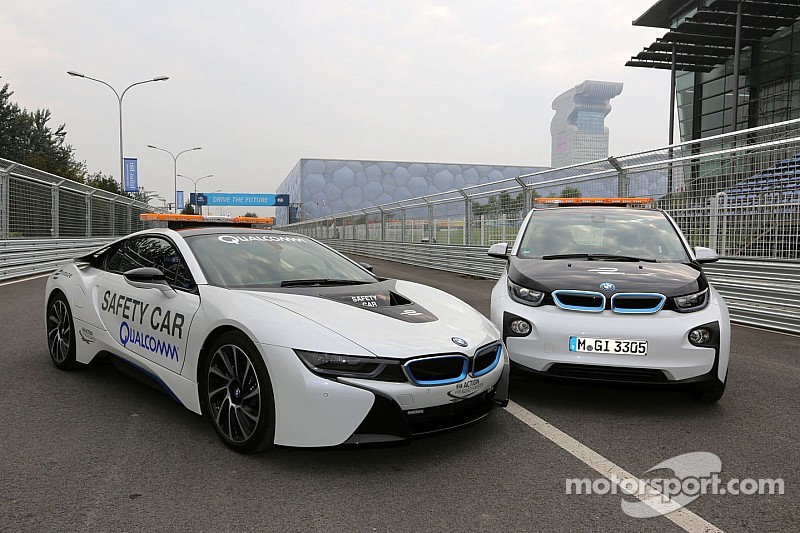 BMW's risky bet is paying off

When challenged to the task of entering the plug-ins car segment, BMW took a risky bet, creating not only dedicated cars, but also a new sub-brand with dedicated dealerships and sales forces, and on top of that, cars, technologies and sales network had little to do with the known BMW, it was almost like creating a new brand from scratch.

If the prototype-stage of the i8 was almost immediately loved by buyers and media, many scratched their heads on the stubby and most un-BMW i3.

The German maker first launched the i3 in late 2013 and with early mixed reviews, BMW made a conservative sales-pitch of 10.000 units for 2014.

Now that the year is ending, sales of the i3 are at 15k and the i8 is proving to be an even more astounding sales hit, with waiting lists surpassing one year...

With foreign makers neglecting the Chinese EV market, the local brands were almost the sole benefiters of the threefold sales jump originated there, with the Chinese EV makers global share rising from 6% in 2013 to 15% last year, surpassing France as the Third Global EV Maker country.

Renault had big hopes for its Zoe, wanting to make it a sort of Euro-Taste-Leaf and hoping it would lead plug-in sales in the Old Continent.

Despite a promising start, as new competition joined the race, Zoe's sales started to suffer, ending 2013 in #2 in Europe (#6 in the Global ranking), but losing a lot of ground to the more recent competition.

2014 started poorly, with a #7 spot in the Euro ranking in January and continuing around there until May, in June sales finally picked-up (1.016 units) and the french hatch finally started to climb the European ranking, reaching #3 in November and re-entering the Global Top 10 ranking.

After including the batteries in the ownership of the car, Renault is looking in 2015 to improve range and chargeability of the car in order to improve even further sales and prevent the french brand to be placed on the "Losers" side of this year.

With the exception of BMW, German volume carmakers have until now a pretty conservative approach towards plug-ins.

Unlike BMW, other German carmakers optioned for creating plug-in versions of regular ICE cars and selling them in limited numbers, with limited results to show:

- In Europe, the electric version of the almighty Golf is only #9 and the e-Up! is #6, while the Golf GTE/Audi A3 e-Tron are still giving their first baby steps;

- Regarding the other two german carmakers present, Smart is waiting for the new Fortwo model, while Porsche is comfortably managing their leadership position in the upper-end Premium segment (Tesla is in a whole different planet);

- The GM-adopted Opel Ampera is ending and Opel is waiting for something to come up from the GM mothership to rejoin the plug-in scene;

Year Minus One for Fuel Cells

Fuel Cells (FCV) had been present in concept-car form for ages, but no one still had made the plunge to create a volume FCV car.

This year though, Toyota presented the Mirai, or "Future" in japanese, is futuristic in technology but also in shape, not like the BMW "The Future will be awesome" i8, but more like "In the Future we will obey to Terminators driving Mirais".

Sales started in Japan two weeks ago, and volumes are predicted to be small (700 units in 2015, 2.000 the next year and steady growth from then on), due to high prices and an ugly face, but the Tesla Roadster also started with small numbers...

Pure electric cars have been improving their market share regarding PHEV's since 2012 (50% in '12, 57% the next year and 60% last year), mostly thanks to Tesla, but the next year Plug-in Hybrids should rebound in a big way, not only the refreshed Chevrolt Volt will probably double its sales, but there's also a bundle of PHEV versions of regular cars coming, particularly SUV's: